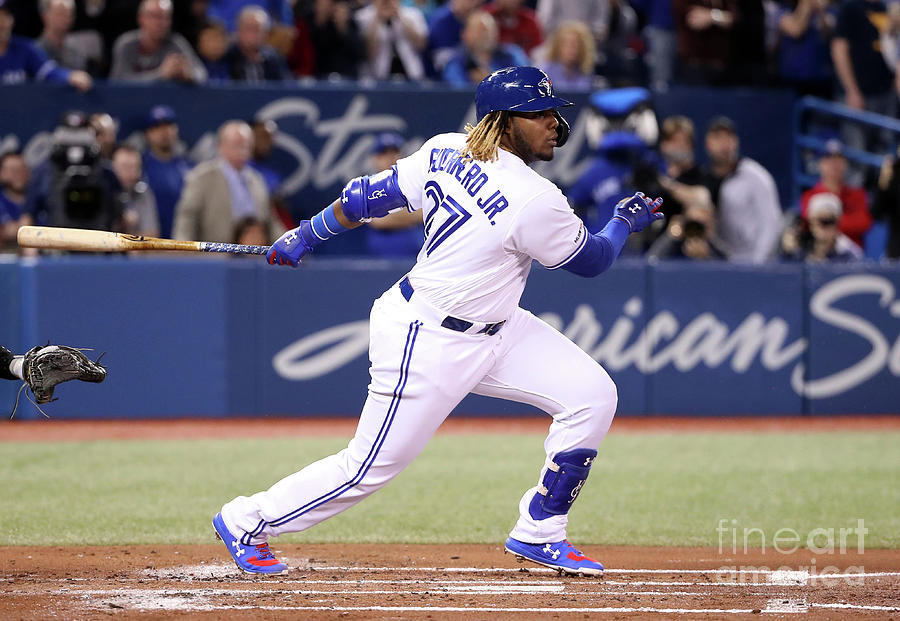 TORONTO, ON - APRIL 26: Vladimir Guerrero Jr. #27 of the Toronto Blue Jays grounds out in his first Major League at-bat in the second inning during MLB game action against the Oakland Athletics at Rogers Centre on April 26, 2019 in Toronto, Canada. (Photo by Tom Szczerbowski/Getty Images)