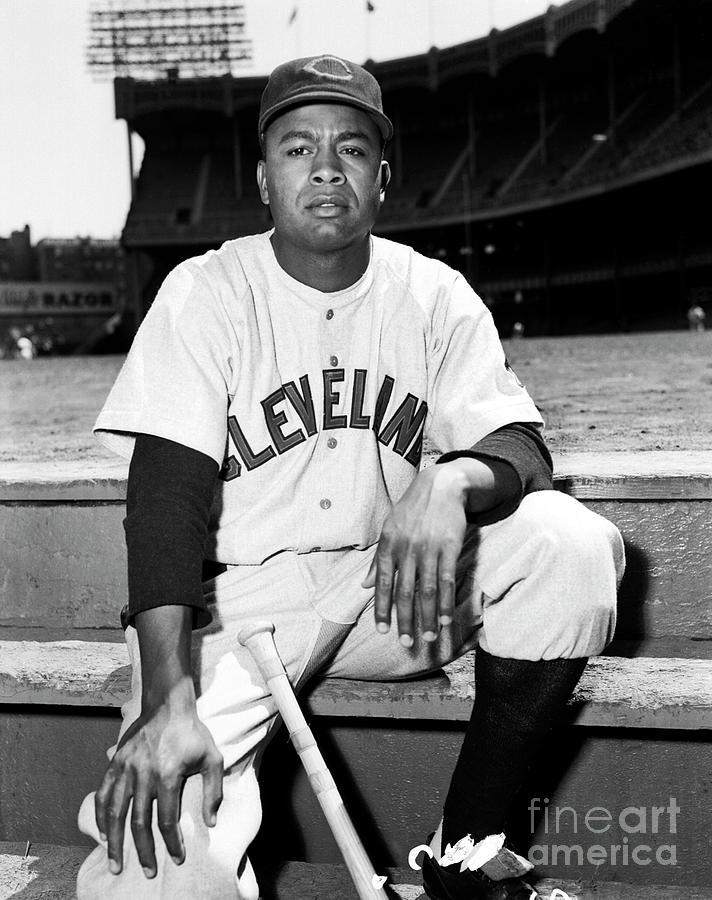 NEW YORK - 1950s: Outfielder Larry Doby #14 of the Cleveland Indians poses for a portrait prior to a circa 1950s game against the New York Yankees at Yankee Stadium in New York, New York. Doby was the first African-American to play for an American League team, just 11 weeks after Jackie Robinson broke the color barrier. (Photo by Kidwiler Collection/Diamond Images/Getty Images)