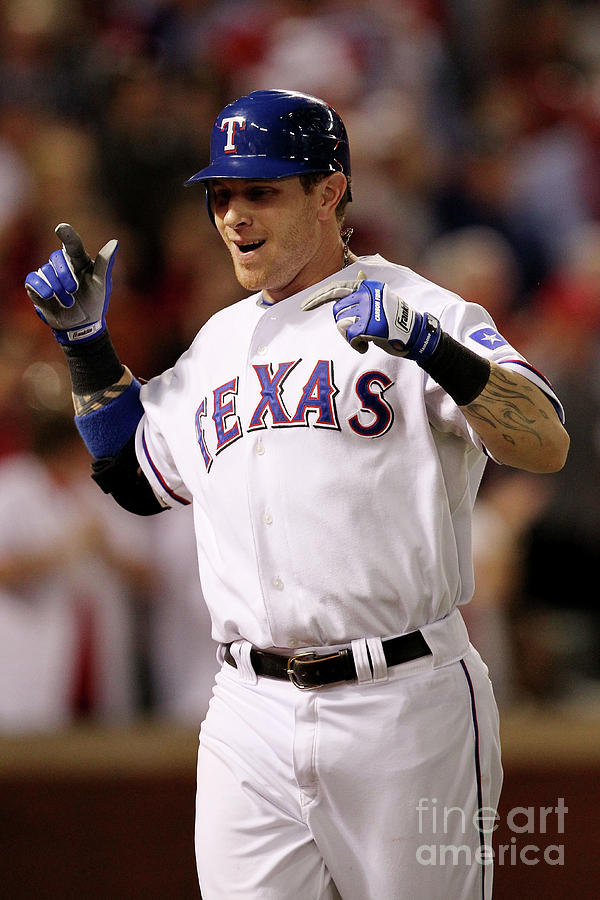 ARLINGTON, TX - OCTOBER 30: Josh Hamilton #32 of the Texas Rangers celebrates a solo home run in the fifth inning against the San Francisco Giants in Game Three of the 2010 MLB World Series at Rangers Ballpark in Arlington on October 30, 2010 in Arlington, Texas. (Photo by Ronald Martinez/Getty Images)