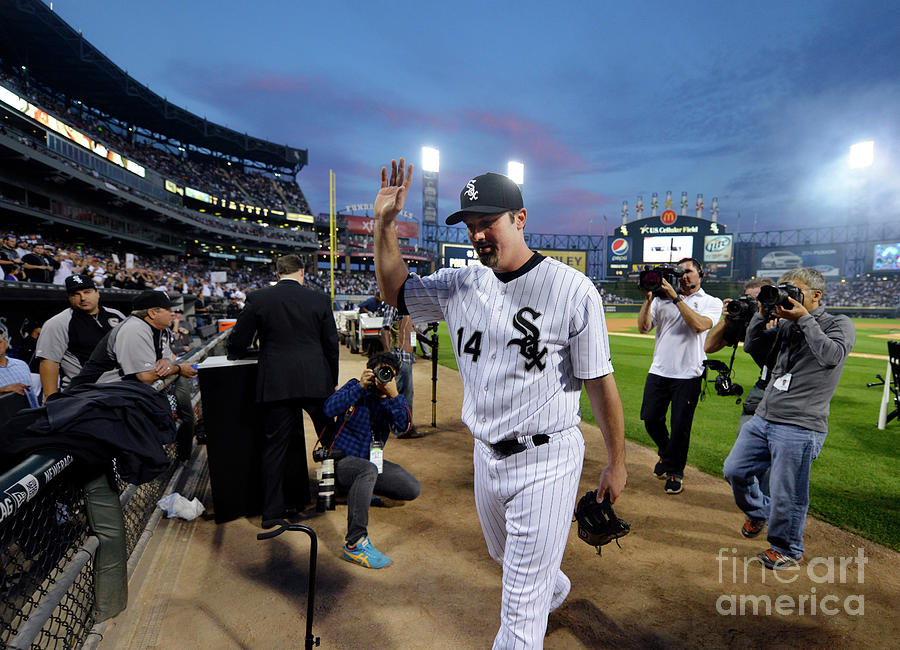 CHICAGO, IL - SEPTEMBER 27: Paul Konerko #14 of the Chicago White Sox waves to fans after a pre game honoring his career before the game against the Kansas City Royals at U.S. Cellular Field on September 27, 2014 in Chicago, Illinois. The White Sox captain is set to retire at the end of the season. (Photo by Brian Kersey/Getty Images)