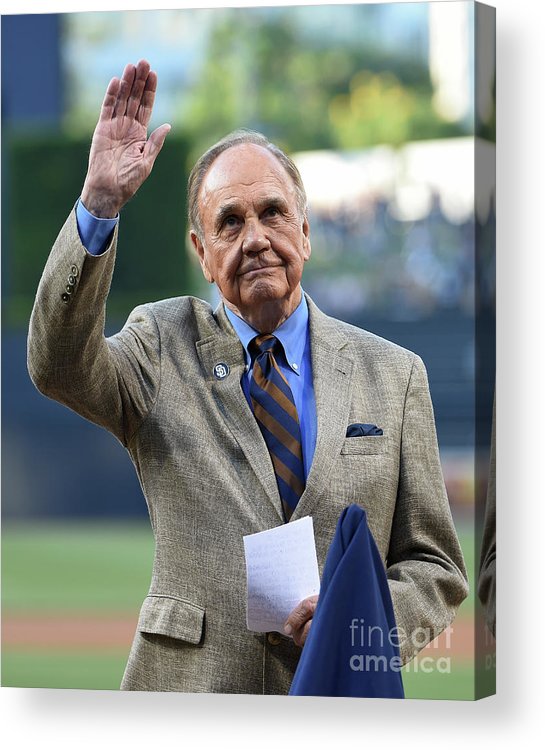 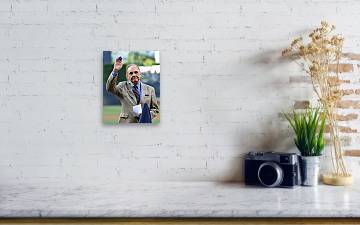 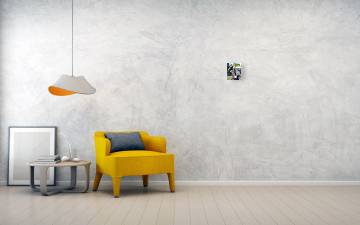 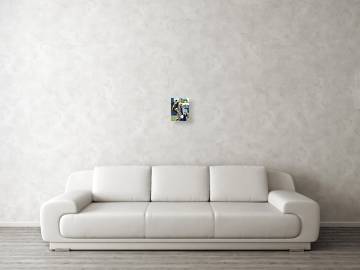 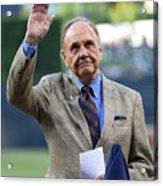 Philadelphia Phillies V San Diego Padres acrylic print by Denis Poroy.   Bring your artwork to life with the stylish lines and added depth of an acrylic print. Your image gets printed directly onto the back of a 1/4" thick sheet of clear acrylic. The high gloss of the acrylic sheet complements the rich colors of any image to produce stunning results. Two different mounting options are available, see below.

SAN DIEGO, CA - AUGUST 7: Broadcaster Dick Enberg waves the to the crowd during a ceremony after receiving the Ford C. Frick Award before a baseball game between the San Diego Padres and Philadelphia Phillies at Petco Park August 7, 2015 in San Diego, California. (Photo by Denis Poroy/Getty Images)Image provided by Getty Images.