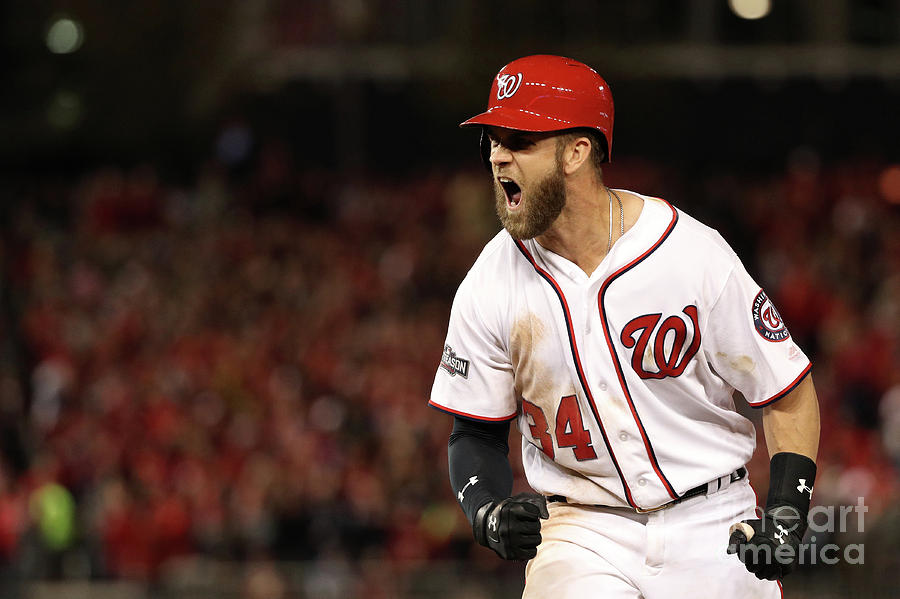 WASHINGTON, DC - OCTOBER 13: Bryce Harper #34 of the Washington Nationals reacts after hitting a single in the seventh inning against the Los Angeles Dodgers during game five of the National League Division Series at Nationals Park on October 13, 2016 in Washington, DC. (Photo by Patrick Smith/Getty Images)