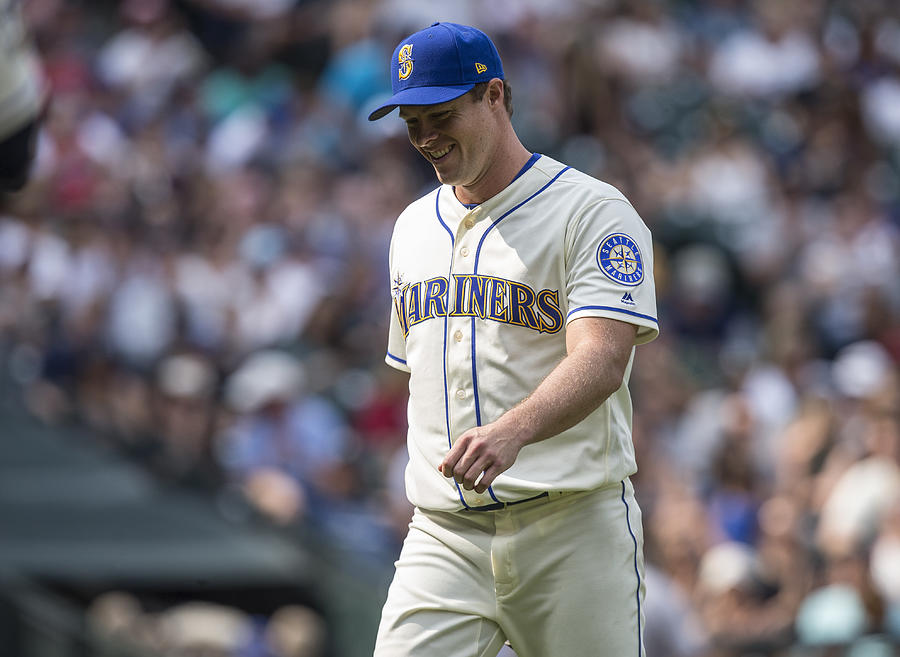 SEATTLE, WA - SEPTEMBER 3: Starting pitcher Andrew Albers #63 of the Seattle Mariners smiles as he walks off the field during a game against the Oakland Athletics at Safeco Field on September 3, 2017 in Seattle, Washington. The Mariners won the game 10-2. (Photo by Stephen Brashear/Getty Images)