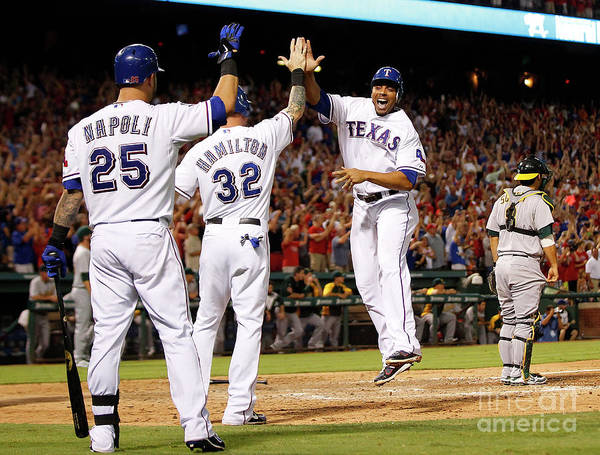 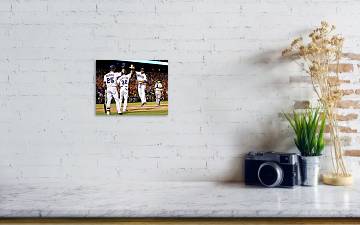 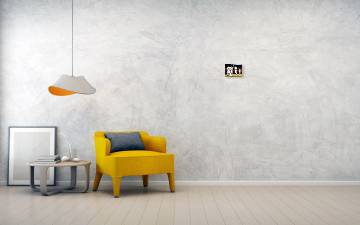 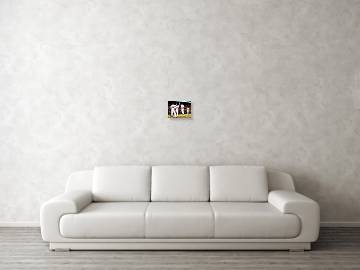 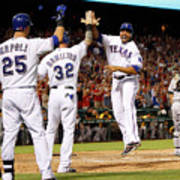 Oakland Athletics V Texas Rangers art print by Rick Yeatts.   Our art prints are produced on acid-free papers using archival inks to guarantee that they last a lifetime without fading or loss of color. All art prints include a 1" white border around the image to allow for future framing and matting, if desired.

ARLINGTON, TX - JUNE 29 : Mike Napoli #25 of the Texas Rangers looks on as Josh Hamilton #32, Michael Young #10 and Nelson Cruz #17 score on a three-run triple by Craig Gentry #23 in the eighth inning for against the Oakland Athletics at Rangers Ballpark in Arlington on June 29, 2012 in Arlington, Texas. (Photo by Rick Yeatts/Getty Images)Image provided by Getty Images.