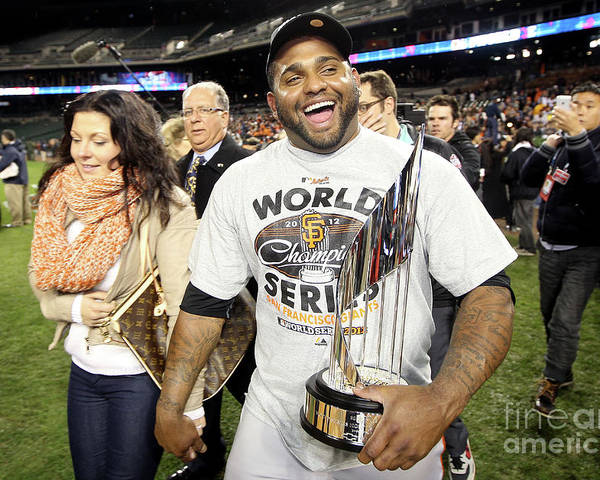 Pablo Sandoval poster by Ezra Shaw.   Our posters are produced on acid-free papers using archival inks to guarantee that they last a lifetime without fading or loss of color. All posters include a 1" white border around the image to allow for future framing and matting, if desired.

DETROIT, MI - OCTOBER 28: Pablo Sandoval #48 of the San Francisco Giants celebrates with the Most Valuable Player trophy after defeating the Detroit Tigers to win Game Four of the Major League Baseball World Series at Comerica Park on October 28, 2012 in Detroit, Michigan. The San Francisco Giants defeated the Detroit Tigers 4-3 in the tenth inning to win the World Series in 4 straight games. (Photo by Ezra Shaw/Getty Images)Image provided by Getty Images.