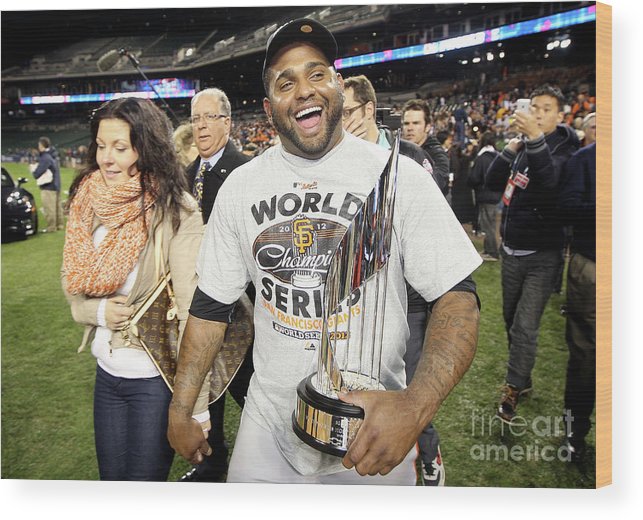 Pablo Sandoval wood print by Ezra Shaw.   Bring your artwork to life with the texture and added depth of a wood print. Your image gets printed directly onto a sheet of 3/4" thick maple wood. There are D-clips on the back of the print for mounting it to your wall using mounting hooks and nails (included).

DETROIT, MI - OCTOBER 28: Pablo Sandoval #48 of the San Francisco Giants celebrates with the Most Valuable Player trophy after defeating the Detroit Tigers to win Game Four of the Major League Baseball World Series at Comerica Park on October 28, 2012 in Detroit, Michigan. The San Francisco Giants defeated the Detroit Tigers 4-3 in the tenth inning to win the World Series in 4 straight games. (Photo by Ezra Shaw/Getty Images)Image provided by Getty Images.