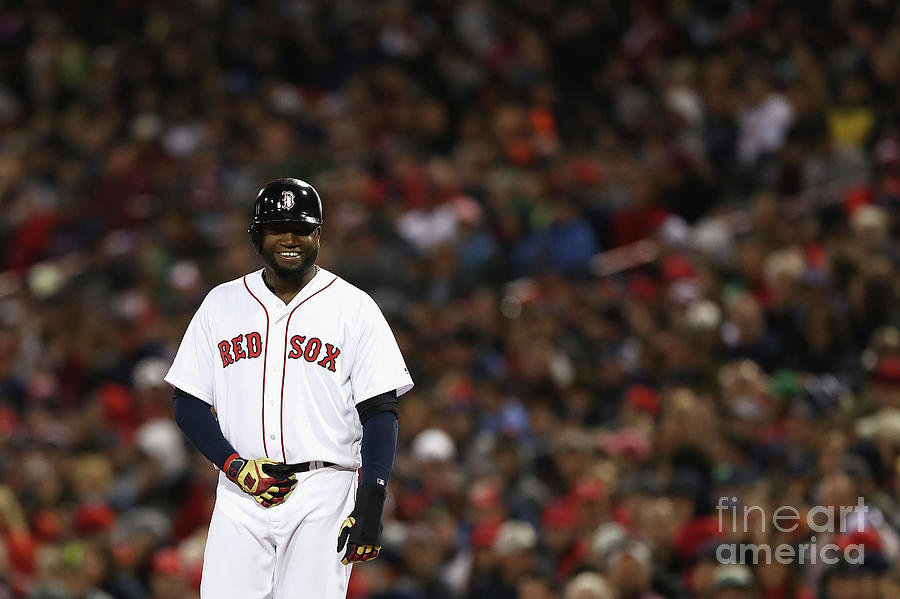 BOSTON, MA - OCTOBER 10: David Ortiz #34 of the Boston Red Sox reacts after being walked in the second inning against the Cleveland Indians during game three of the American League Divison Series at Fenway Park on October 10, 2016 in Boston, Massachusetts. (Photo by Elsa/Getty Images)