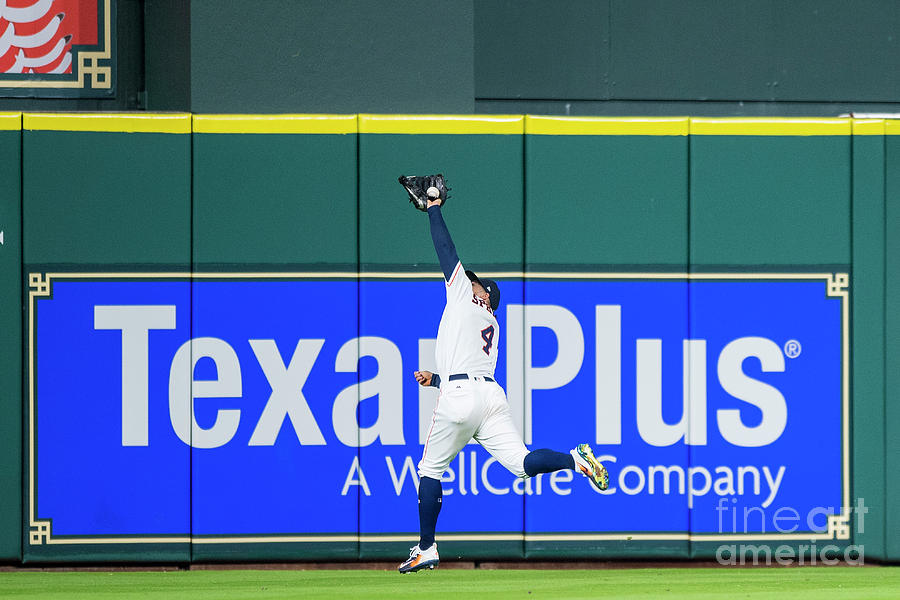 HOUSTON, TX - OCTOBER 5: George Springer #4 of the Houston Astros catches a fly ball during the eighth inning of game one of the American League Division Series against the Boston Red Sox on October 5, 2017 at Minute Maid Park in Houston, Texas. It was his third home run of the game. (Photo by Billie Weiss/Boston Red Sox/Getty Images)