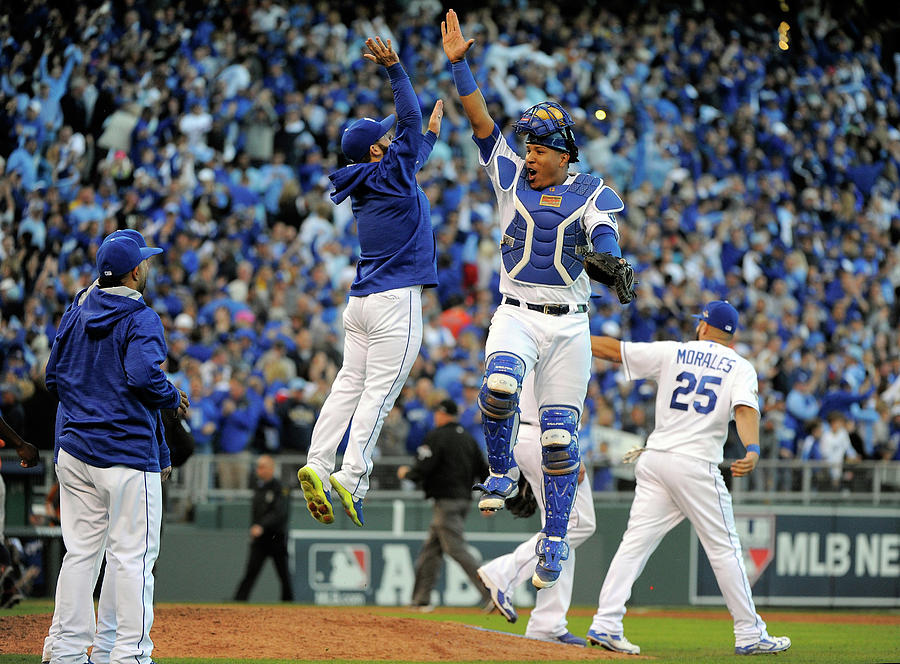 KANSAS CITY, MO - OCTOBER 09: Salvador Perez #13 and Tim Collins of the Kansas City Royals celebrate after defeating the Houston Astros in game two of the American League Division Series at Kauffman Stadium on October 9, 2015 in Kansas City, Missouri. The Royals defeated the Astros with a score of 5 to 4. (Photo by Ed Zurga/Getty Images)