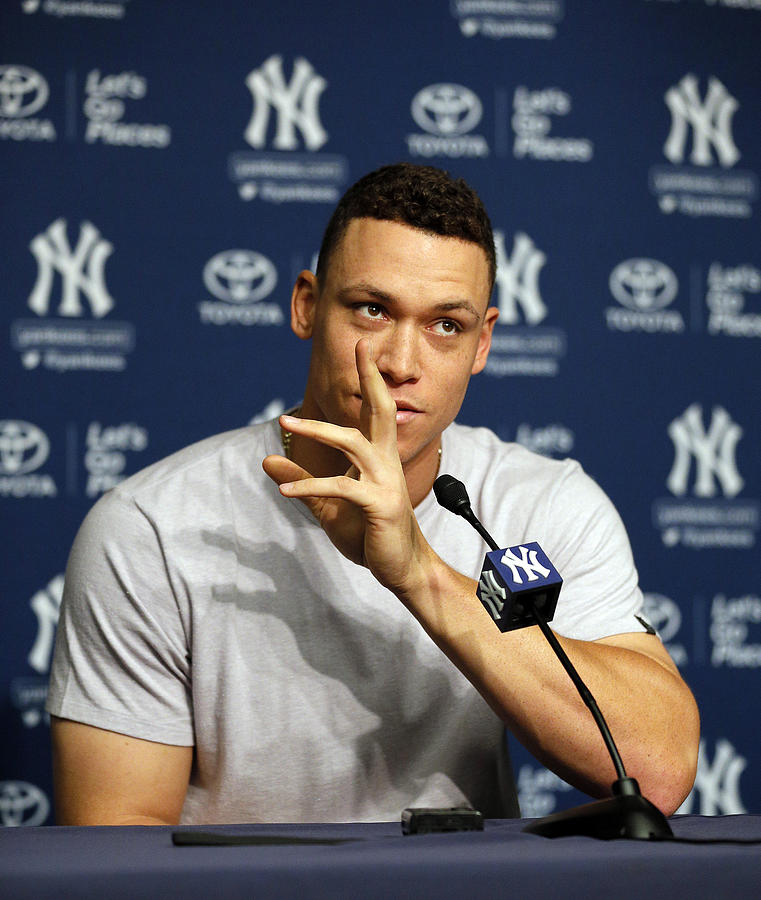 NEW YORK, NY - JULY 27: Aaron Judge of the New York Yankees keeps his injured right wrist under the table as he talks to the media about his injured wrist during a press conference after the MLB baseball game against the Kansas City Royals was postponed on July 27, 2018 at Yankee Stadium in the Bronx borough of New York City. Game was postponed after a rain delay. (Photo by Paul Bereswill/Getty Images)