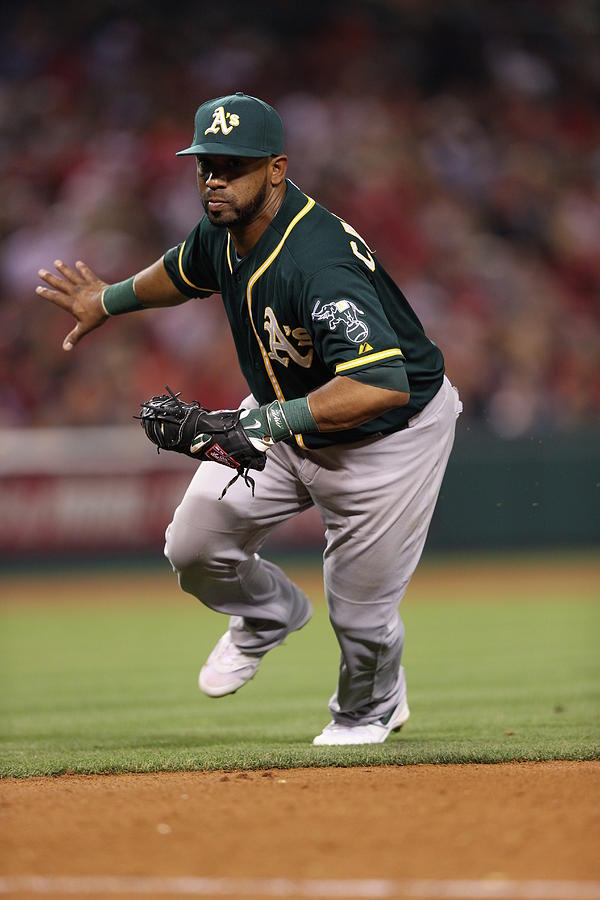 ANAHEIM, CA - APRIL 16: Alberto Callaspo #18 of the Oakland Athletics runs to first base for a force out during the game against the Los Angeles Angels at Angel Stadium on Wednesday, April 16, 2014 in Anaheim, California. The Angels won the game 5-4. (Photo by Paul Spinelli/MLB Photos via Getty Images)