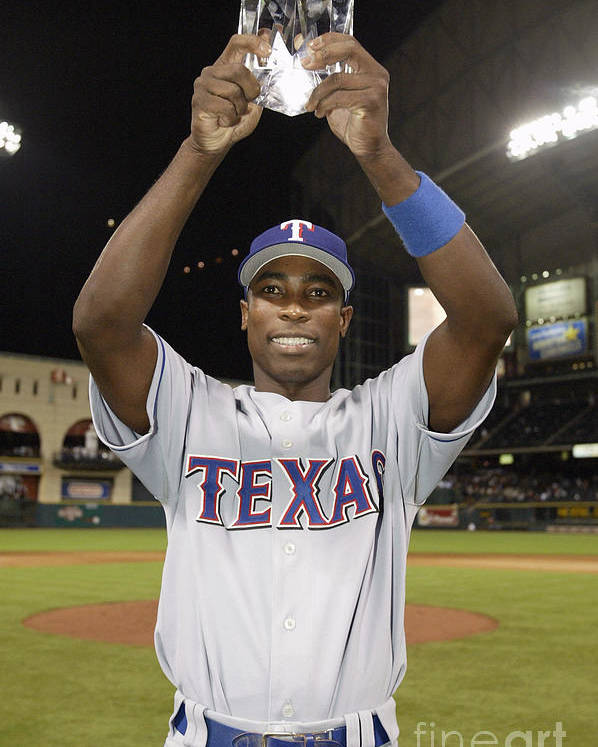 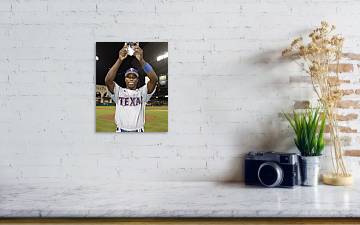 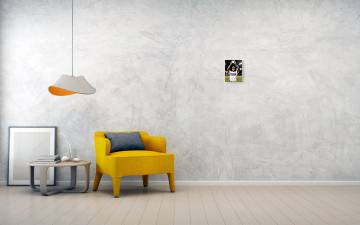 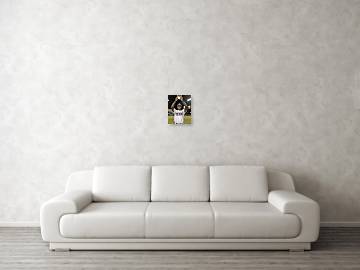 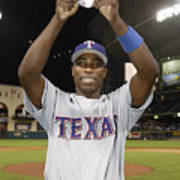 Alfonso Soriano poster by Rich Pilling.   Our posters are produced on acid-free papers using archival inks to guarantee that they last a lifetime without fading or loss of color. All posters include a 1" white border around the image to allow for future framing and matting, if desired.

HOUSTON - JULY 13: Alfonso Soriano #12 of the American League team is awarded the Ted Williams MVP trophy after defeating the National League team 9-4 in the Major League Baseball 75th All-Star Game at Minute Maid Park on July 13, 2004 in Houston, Texas. Soriano went 2 for 3 with a home run and 3 RBI as the American Team defeated the National Team 9-4. (Photo by Rich Pilling/MLB via Getty Images)Image provided by Getty Images.