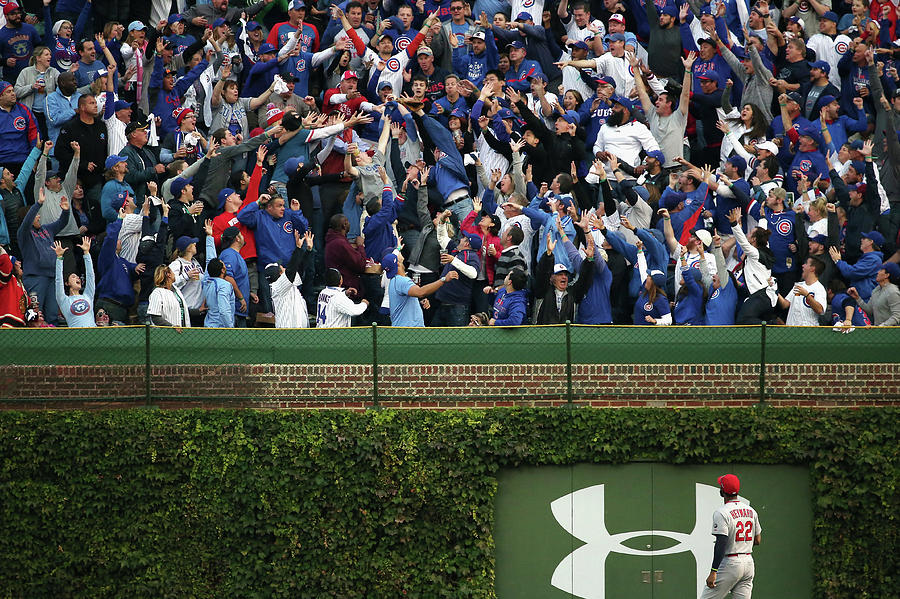 CHICAGO, IL - OCTOBER 13: Jason Heyward #22 of the St. Louis Cardinals looks on as fans attempt to catch a home run ball hit by Anthony Rizzo #44 of the Chicago Cubs (not pictured) in the sixth inning during game four of the National League Division Series between the Chicago Cubs and the St. Louis Cardinals at Wrigley Field on October 13, 2015 in Chicago, Illinois. (Photo by Jonathan Daniel/Getty Images)