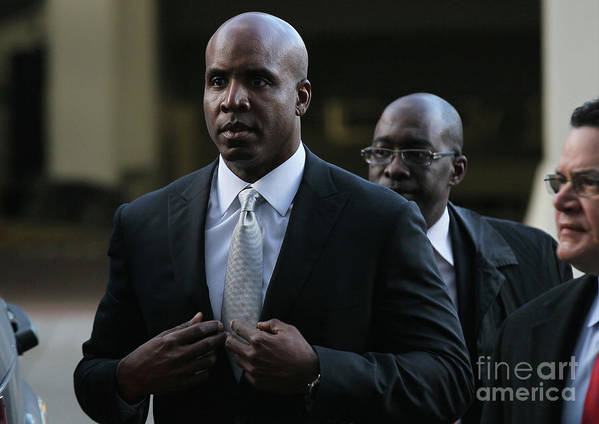 Barry Bonds Perjury Trial Begins In San poster by Justin Sullivan.   Our posters are produced on acid-free papers using archival inks to guarantee that they last a lifetime without fading or loss of color. All posters include a 1" white border around the image to allow for future framing and matting, if desired.

SAN FRANCISCO, CA - MARCH 21: Former Major League Baseball player Barry Bonds arrives for the first day of his perjury trial on March 21, 2011 in San Francisco, California. Barry Bonds' perjury trial begins today accusing him of lying to a grand jury about his use of performance enhancing drugs when he played for the San Francisco Giants. The trial is expected to last two to four weeks. (Photo by Justin Sullivan/Getty Images)Image provided by Getty Images.