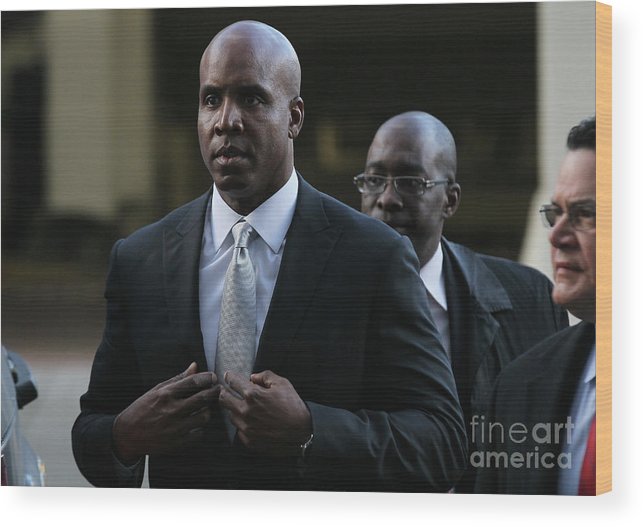 Barry Bonds Perjury Trial Begins In San wood print by Justin Sullivan.   Bring your artwork to life with the texture and added depth of a wood print. Your image gets printed directly onto a sheet of 3/4" thick maple wood. There are D-clips on the back of the print for mounting it to your wall using mounting hooks and nails (included).

SAN FRANCISCO, CA - MARCH 21: Former Major League Baseball player Barry Bonds arrives for the first day of his perjury trial on March 21, 2011 in San Francisco, California. Barry Bonds' perjury trial begins today accusing him of lying to a grand jury about his use of performance enhancing drugs when he played for the San Francisco Giants. The trial is expected to last two to four weeks. (Photo by Justin Sullivan/Getty Images)Image provided by Getty Images.