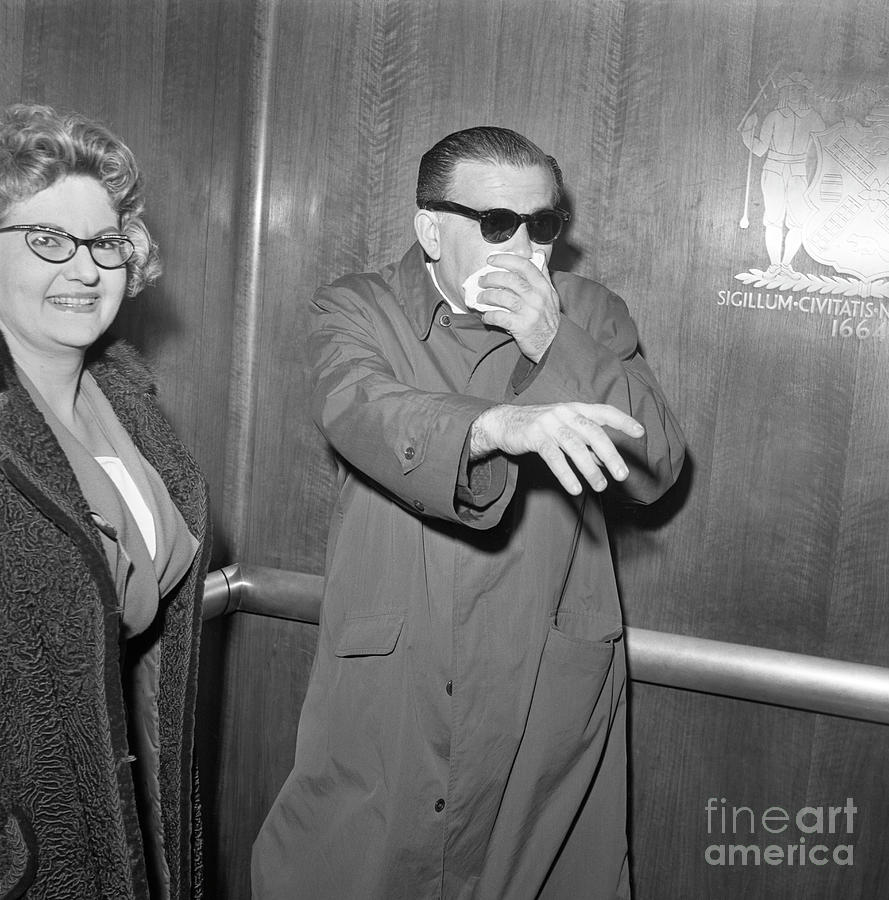 Joseph Hacken, 41, is shown leaving the courthouse, March 31st, after the hearing on his alleged basketball fixing was adjourned until April 4th. Hacken, apparently taking great pains to hide his face, via dark glasses and a handkerchief cupped over his mouth, has been released on $25,000 bond. He was taken into custody with Aaron Wagman on March 17th, on charges of bribing players from Seton Hall and the University of Connecticut to shave points during their game. (Photo by Bettmann Archive/Getty Images)