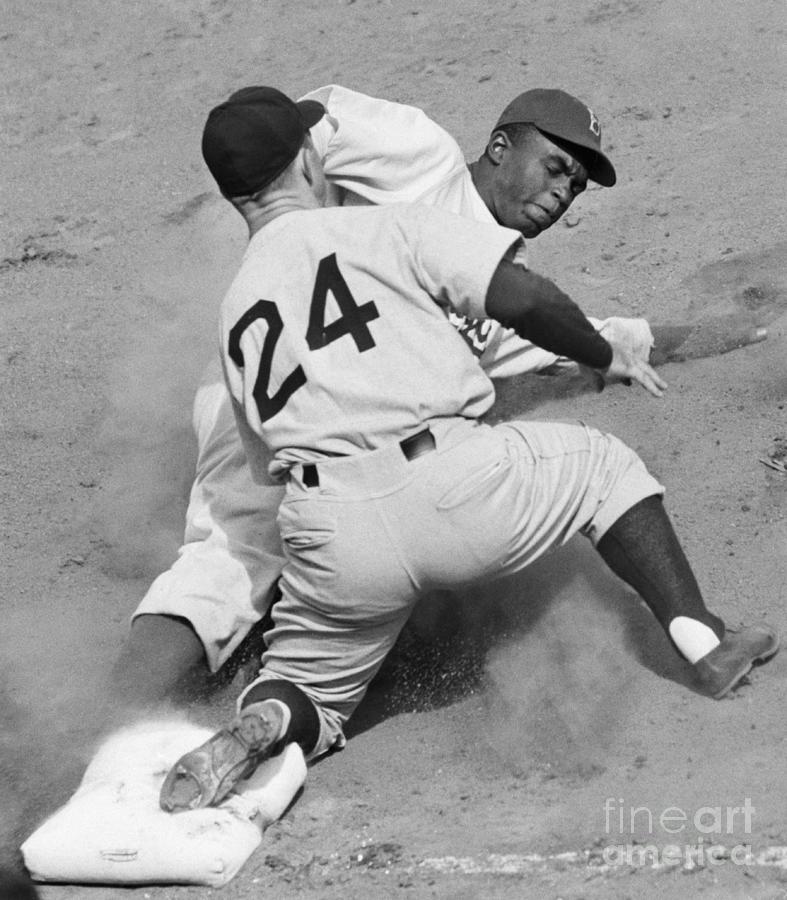 In a pre-season game at Ebbets Field, New York Yankee third baseman Bill Johnson tags out Jackie Robinson of the Brooklyn Dodgers as Robinson tried to advance on a single by Reiser. The Yankees went on to win the game in a last-inning rally, 10-9. Robinson breaks the color barrier in baseball this season by being the first African American to play in the major leagues. Brooklyn, New York, April 14, 1947.