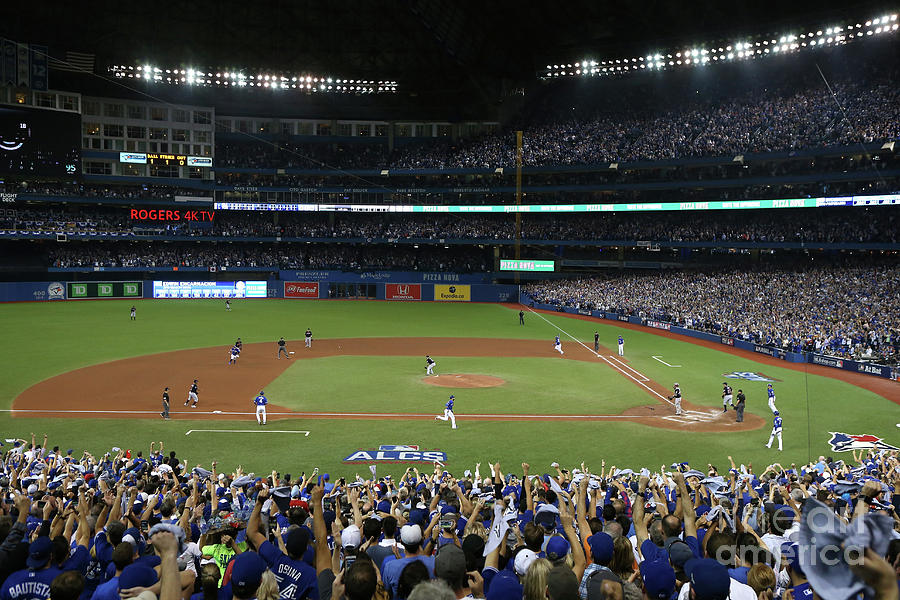 TORONTO, ON - OCTOBER 18: Jose Bautista #19 and Ryan Goins #17 of the Toronto Blue Jays score off of an RBI double hit by Edwin Encarnacion #10 in the seventh inning against Bryan Shaw #27 of the Cleveland Indians during game four of the American League Championship Series at Rogers Centre on October 18, 2016 in Toronto, Canada. (Photo by Vaughn Ridley/Getty Images)