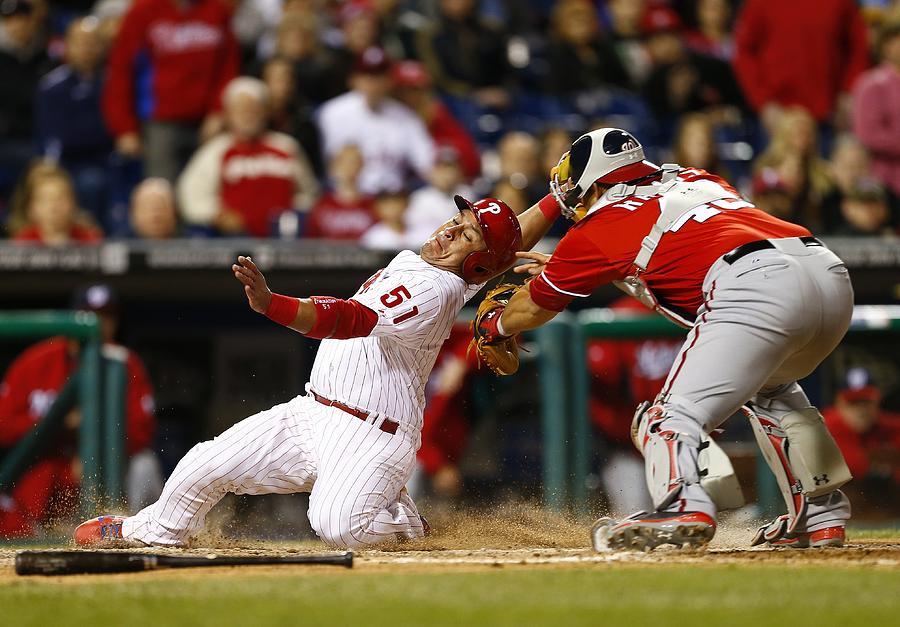 PHILADELPHIA, PA - APRIL 11: Carlos Ruiz #51 of the Philadelphia Phillies attempts to avoid the tag by catcher Wilson Ramos #40 of the Washington Nationals while trying to score on a fielders choice hit by Odubel Herrera #37 during the eighth inning of a game at Citizens Bank Park on April 11, 2015 in Philadelphia, Pennsylvania. (Photo by Rich Schultz/Getty Images)