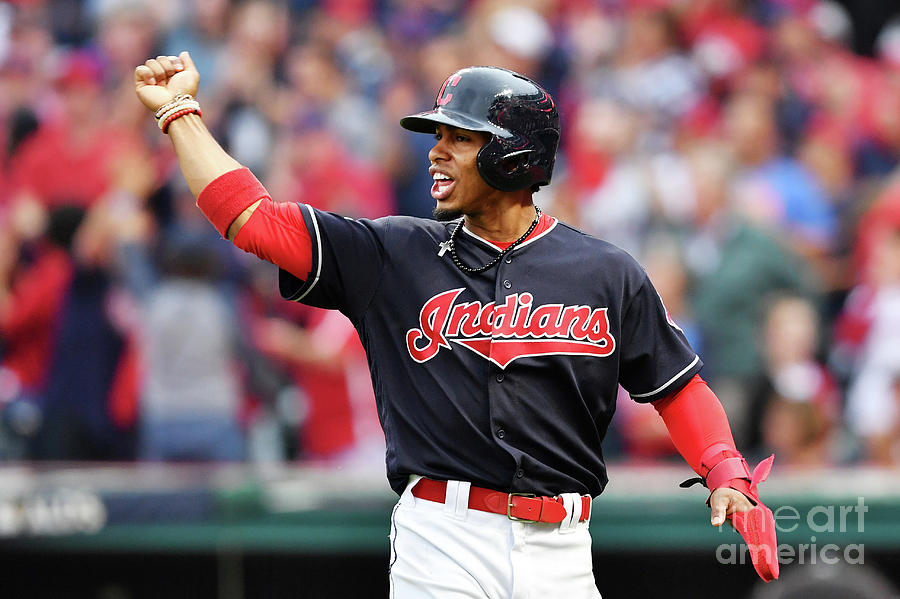 CLEVELAND, OH - OCTOBER 06: Francisco Lindor #12 of the Cleveland Indians reacts after scoring on a hit by Carlos Santana #41 in the first inning against the New York Yankees during game two of the American League Division Series at Progressive Field on October 6, 2017 in Cleveland, Ohio. (Photo by Jason Miller/Getty Images)