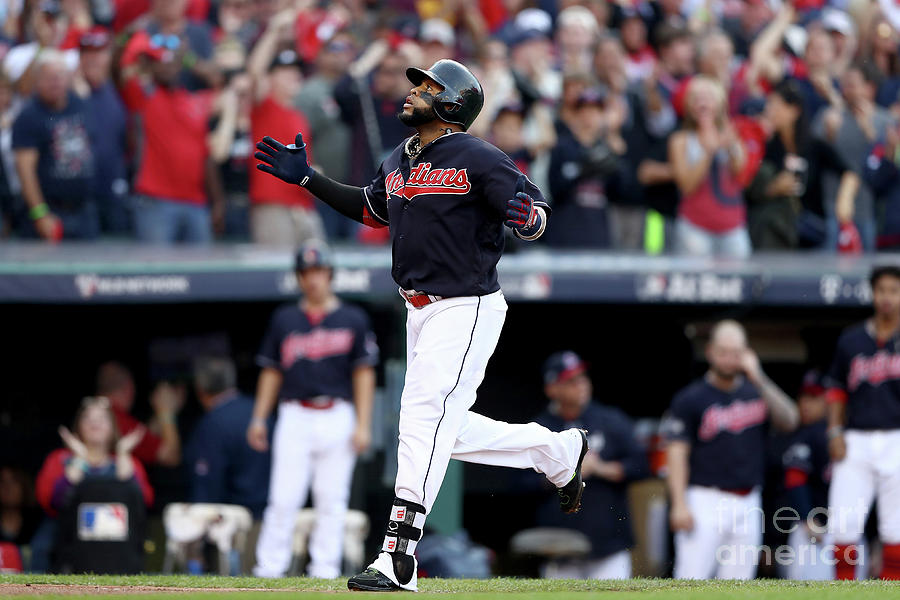 CLEVELAND, OH - OCTOBER 15: Carlos Santana #41 of the Cleveland Indians celebrates after hitting a home run in the second inning against J.A. Happ #33 of the Toronto Blue Jays during game two of the American League Championship Series at Progressive Field on October 15, 2016 in Cleveland, Ohio. (Photo by Elsa/Getty Images)