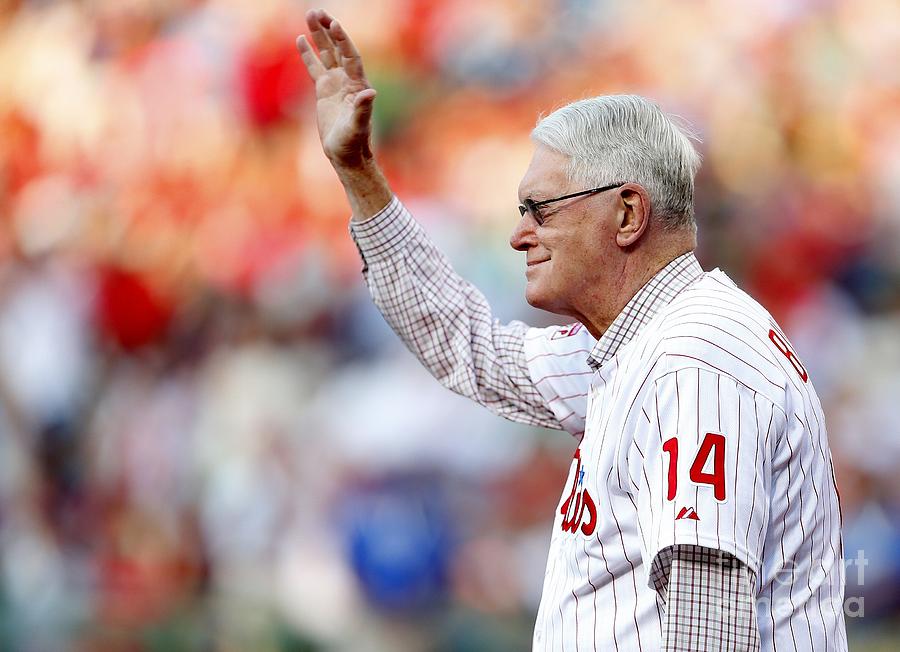 PHILADELPHIA, PA - AUGUST 09: Former Philadelphia Phillies great Jim Bunning is introduced during a ceremony to honor former manager Charlie Manuel who was inducted to the Phillies Wall of Fame before the start of a game against the New York Mets at Citizens Bank Park on August 9, 2014 in Philadelphia, Pennsylvania. (Photo by Rich Schultz/Getty Images)