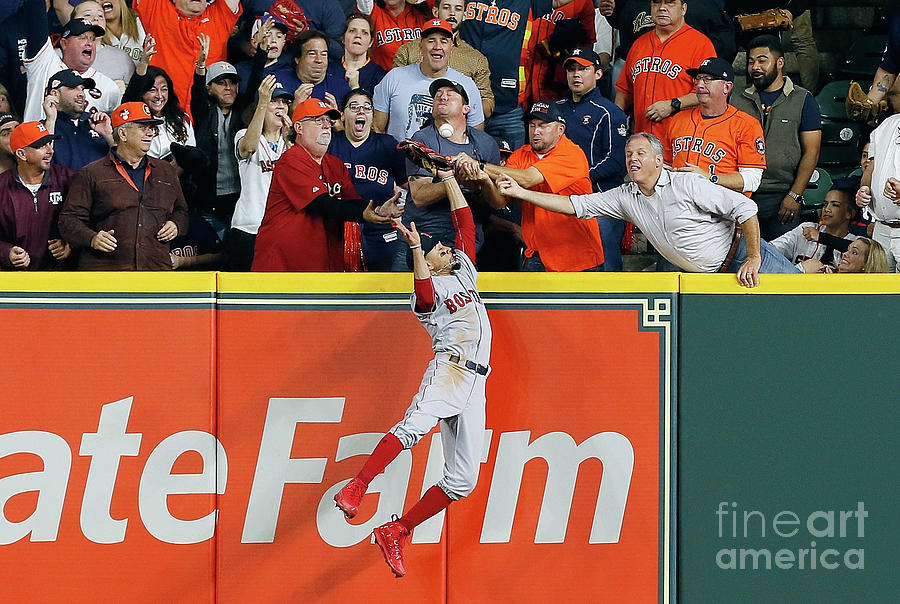 HOUSTON, TX - OCTOBER 17: A fan interferes with Mookie Betts #50 of the Boston Red Sox as he attempts to catch a ball hit by Jose Altuve #27 of the Houston Astros (not pictured) in the first inning during Game Four of the American League Championship Series at Minute Maid Park on October 17, 2018 in Houston, Texas. (Photo by Bob Levey/Getty Images)