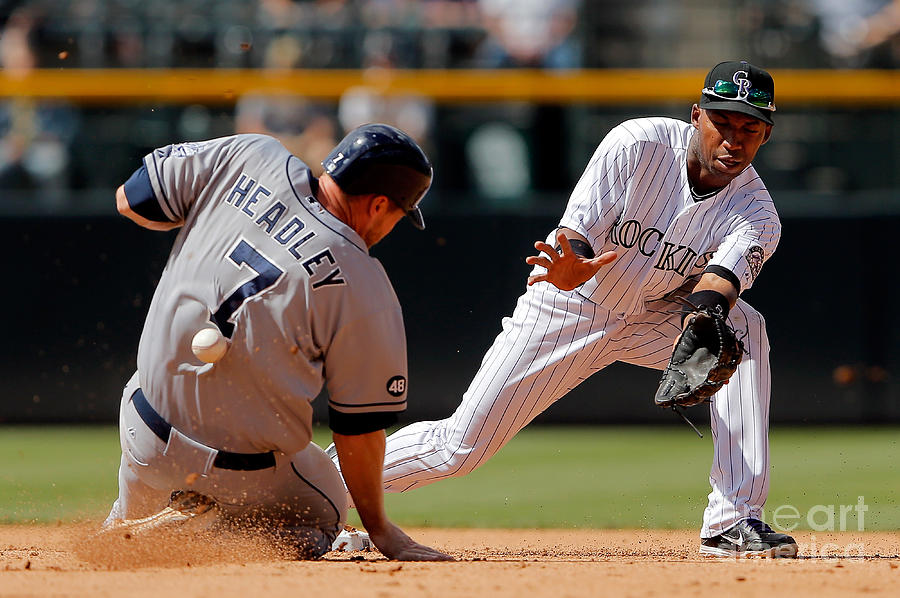 DENVER, CO - SEPTEMBER 02: Chase Headley #7 of the San Diego Padres slides safely into second base with a stolen base as the pick off throw hits him in the back as second baseaman Jonathan Herrera #18 of the Colorado Rockies looks to field the ball at Coors Field on September 2, 2012 in Denver, Colorado. The Rockies defeated the Padres 11-10. (Photo by Doug Pensinger/Getty Images)