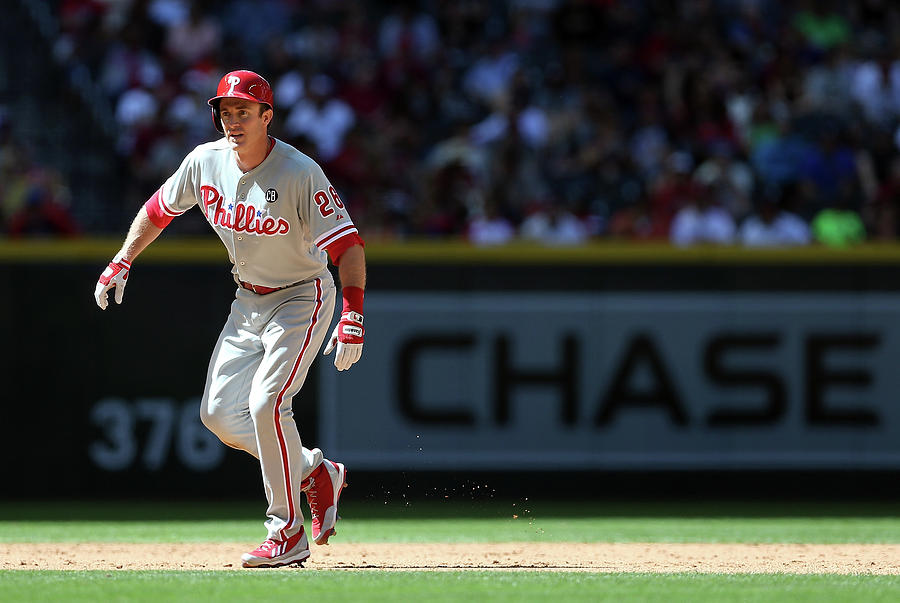 PHOENIX, AZ - APRIL 27: Chase Utley #26 of the Philadelphia Phillies leads off second base during the MLB game against the Arizona Diamondbacks at Chase Field on April 27, 2014 in Phoenix, Arizona. The Phillies defeating the Diamondbacks 2-0. (Photo by Christian Petersen/Getty Images)