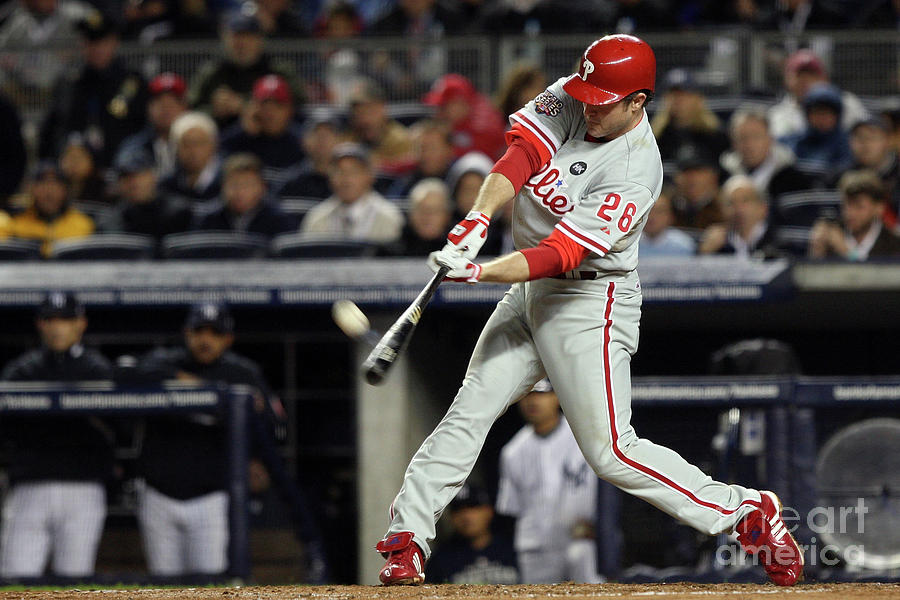 NEW YORK - OCTOBER 28: Chase Utley #26 of the Philadelphia Phillies hits a solo home run in the top of the third inning against the New York Yankees in Game One of the 2009 MLB World Series at Yankee Stadium on October 28, 2009 in the Bronx borough of New York City. (Photo by Jed Jacobsohn/Getty Images)