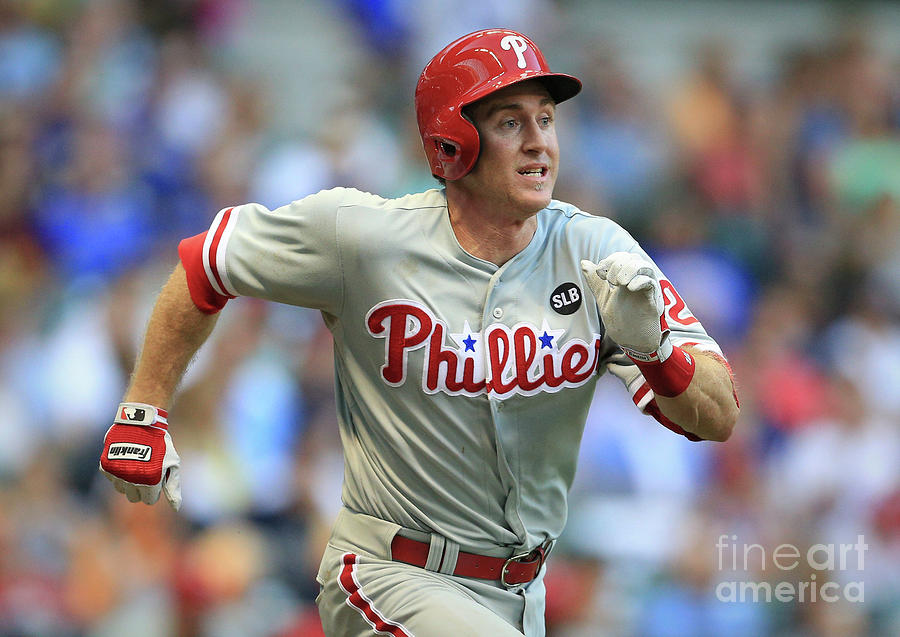 MILWAUKEE, WI - AUGUST 15: Chase Utley #26 of the Philadelphia Phillies runs down the first base line after hitting a double during the fifth inning of their game against the Milwaukee Brewers at Miller Field on August 15, 2015 in Milwaukee, Wisconsin. The Brewers defeated the Phillies 4-2. (Photo by John Konstantaras/Getty Images)