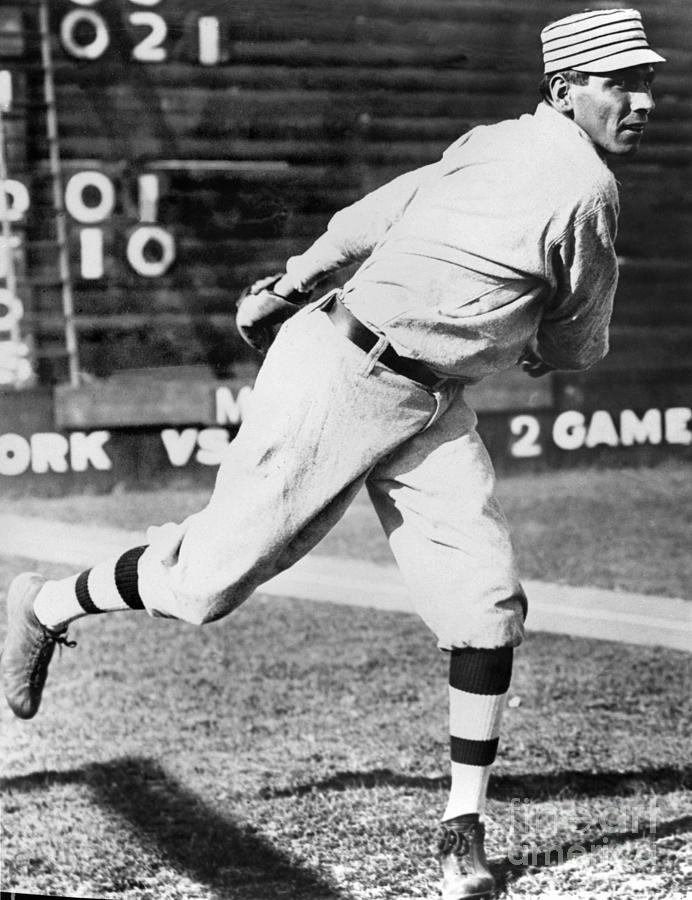 UNDATED: Charles Albert Bender pitches for an action portrait. Charles "Chief" Bender played in Philadelphia for the Athletics from 1903-1914, the Phillies from 1916-1917. He also played for the Baltimore Terrapins in 1915 and Chicago White Sox in 1925. Inventor of the slider, the nickname "Chief" was derived from his heritage as a member of the Chippewa Indian tribe. (Photo by National Baseball Hall of Fame Library/MLB via Getty Images)