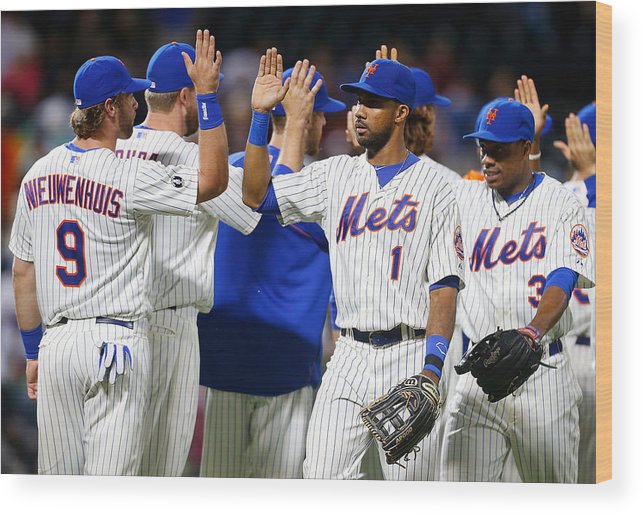 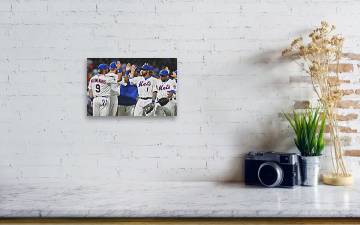 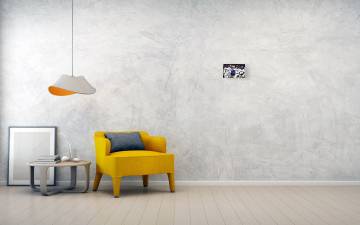 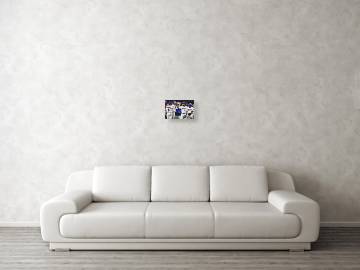 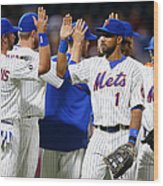 Chris Young wood print by Mike Stobe.   Bring your artwork to life with the texture and added depth of a wood print. Your image gets printed directly onto a sheet of 3/4" thick maple wood. There are D-clips on the back of the print for mounting it to your wall using mounting hooks and nails (included).

NEW YORK, NY - JUNE 24: Chris Young #1 of the New York Mets celebretes with his teammate after defeating the Oakland Athletics at Citi Field on June 24, 2014 in the Flushing neighborhood of the Queens borough of New York City. Mets defeated the Athletics 10-1. (Photo by Mike Stobe/Getty Images)Image provided by Getty Images.