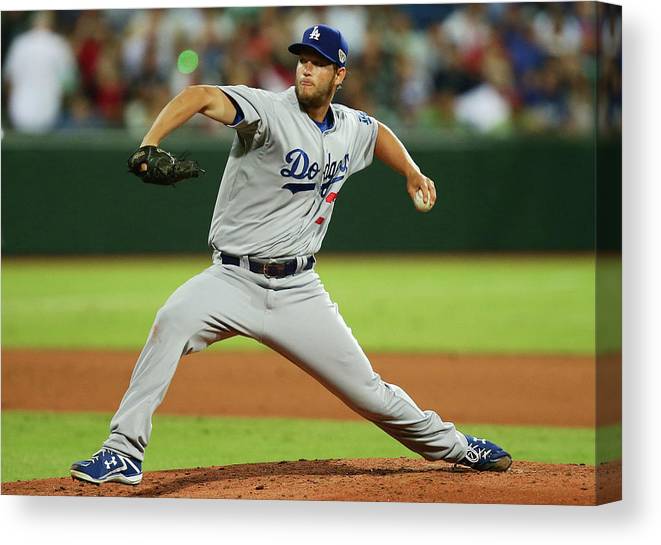 Clayton Kershaw canvas print by Matt King.   Bring your artwork to life with the texture and depth of a stretched canvas print. Your image gets printed onto one of our premium canvases and then stretched on a wooden frame of 1.5" x 1.5" stretcher bars (gallery wrap) or 5/8" x 5/8" stretcher bars (museum wrap). Your canvas print will be delivered to you "ready to hang" with pre-attached hanging wire, mounting hooks, and nails.

SYDNEY, AUSTRALIA - MARCH 22: Clayton Kershaw of the Dodgers pitches during the opening match of the MLB season between the Los Angeles Dodgers and the Arizona Diamondbacks at Sydney Cricket Ground on March 22, 2014 in Sydney, Australia. (Photo by Matt King/MLB Photos via Getty Images)Image provided by Getty Images.