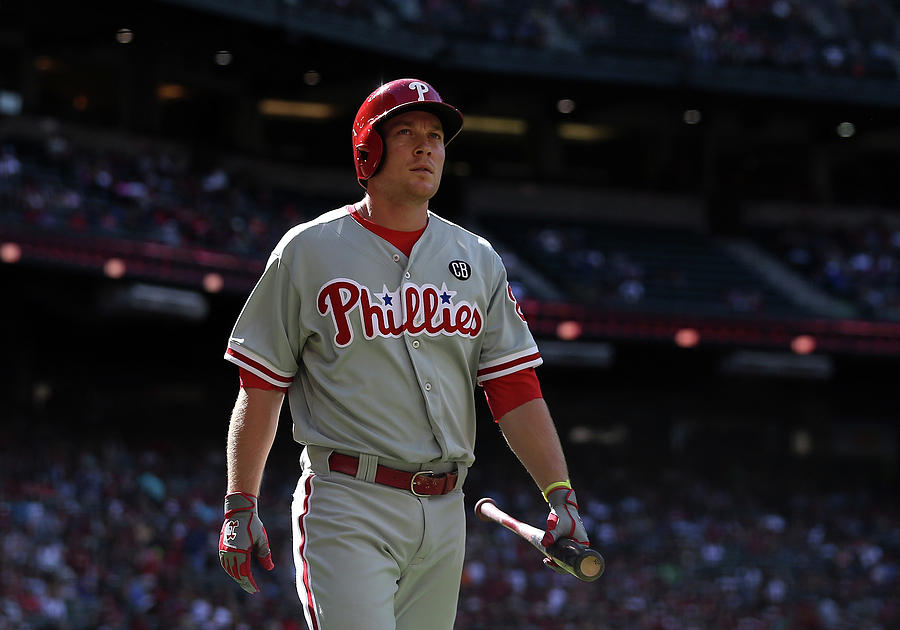 PHOENIX, AZ - APRIL 27: Cody Asche #25 of the Philadelphia Phillies reacts after striking out against the Arizona Diamondbacks during the ninth inning of the MLB game at Chase Field on April 27, 2014 in Phoenix, Arizona. The Phillies defeating the Diamondbacks 2-0. (Photo by Christian Petersen/Getty Images)