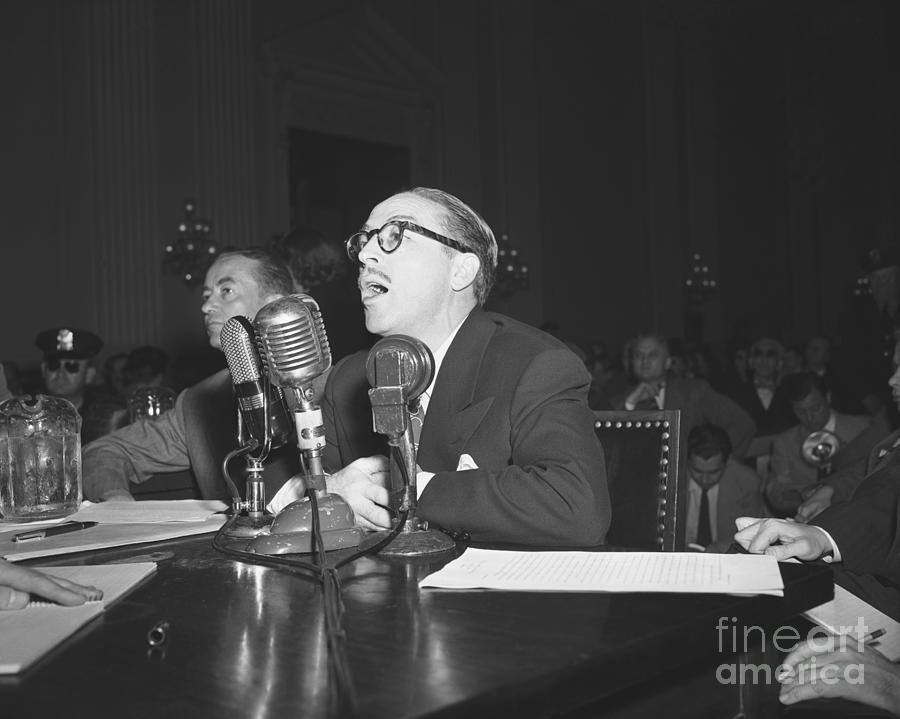 (Original Caption) 10/28/1947-Washington, DC: Dalton Trumbo, above, Hollywood screenwriter, refused today to tell the House Un American Activities Committee whether he was a Communist and was ordered to leave the witness stand. He was the second witness in 2 days to defy the committee which was conducting public hearings on Communism in the movie industry. The committee was expected to cite Trumbo for contempt as it did John Howard Lawson, another screen writer, when he refused to answer a similar question yesterday.