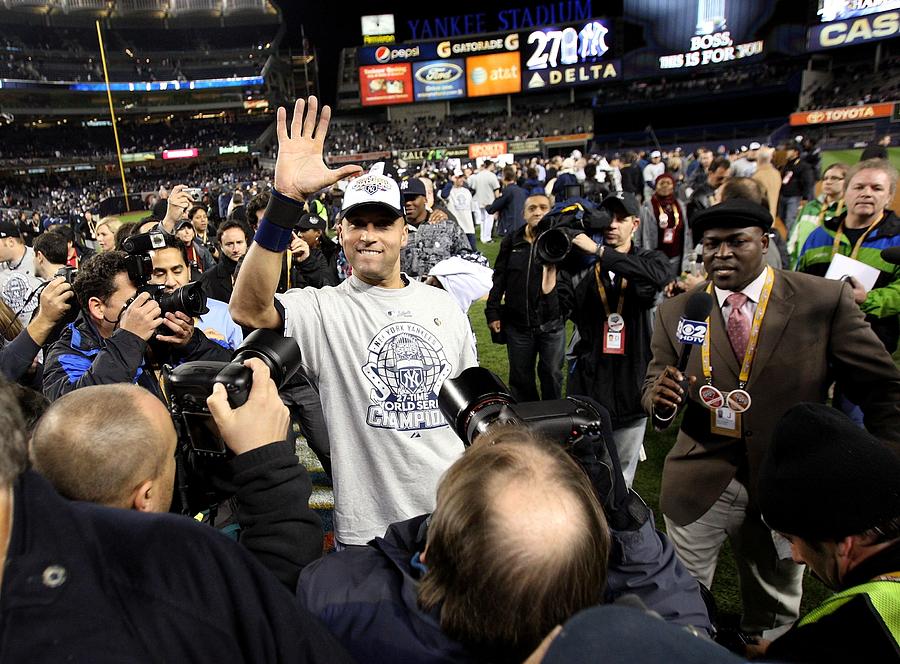 NEW YORK - NOVEMBER 04: Derek Jeter #2 of the New York Yankees gestures as he celebrates on the field after the Yankees 7-3 win against the Philadelphia Phillies in Game Six of the 2009 MLB World Series at Yankee Stadium on November 4, 2009 in the Bronx borough of New York City. (Photo by Jed Jacobsohn/Getty Images)