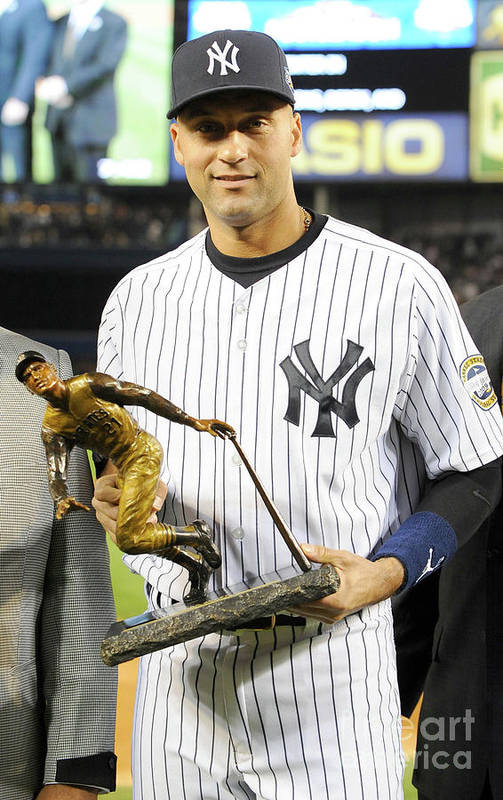 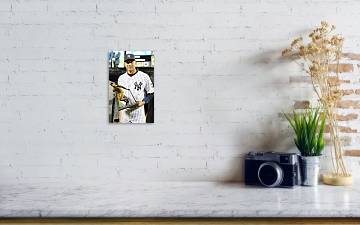 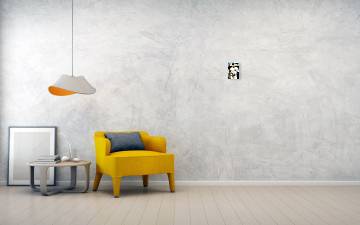 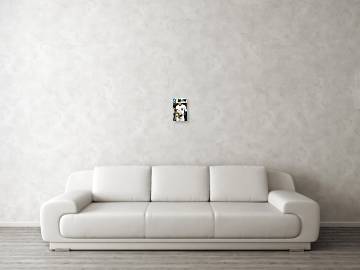 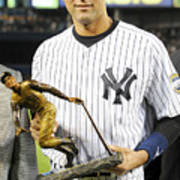 Derek Jeter art print by Rich Pilling.   Our prints are produced on acid-free papers using archival inks to guarantee that they last a lifetime without fading or loss of color. All art prints include a 1" white border around the image to allow for future framing and matting, if desired.

NEW YORK - OCTOBER 29: Derek Jeter of the New York Yankees poses on field with the trophy after receiving the 2009 Roberto Clemente Award before Game Two of the 2009 MLB World Series against the Philadelphia Phillies at Yankee Stadium on October 29, 2009 in the Bronx borough of New York City. (Photo by Rich Pilling/MLB via Getty Images)Image provided by Getty Images.