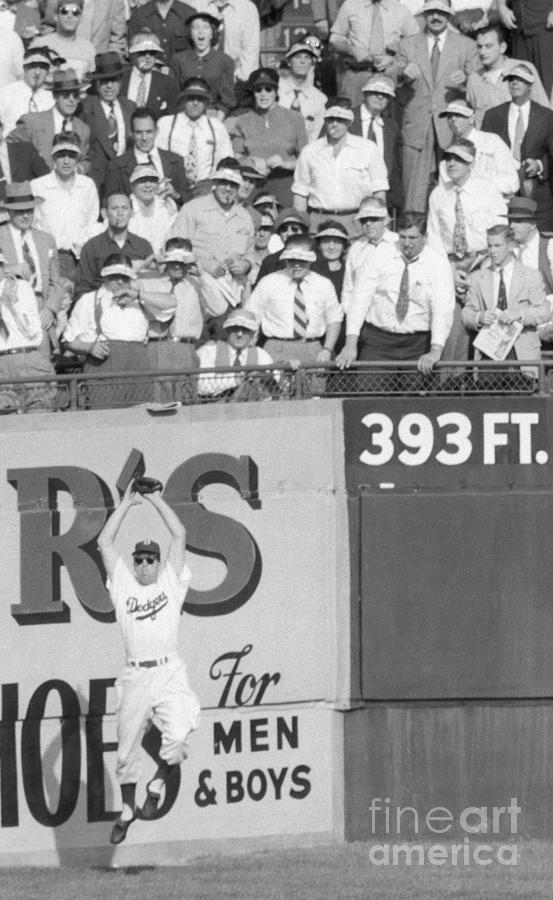 (Original Caption) Back to the Wall. Brooklyn, New York: Wearing sunglasses against a hot Brooklyn sun, Dodgers' centerfielder, Duke Snider, leaps high with his back to the wall at the 393 foot mark to catch Joe DiMaggio's first solidly hit ball of the 1949 World Series. The long ball, hit in the first inning of the fifth game at Ebbets Field, October 9, scored Phil Rizzuto of the New York Yankees from third. Snider made another brilliant catch against DiMaggio in the third inning.