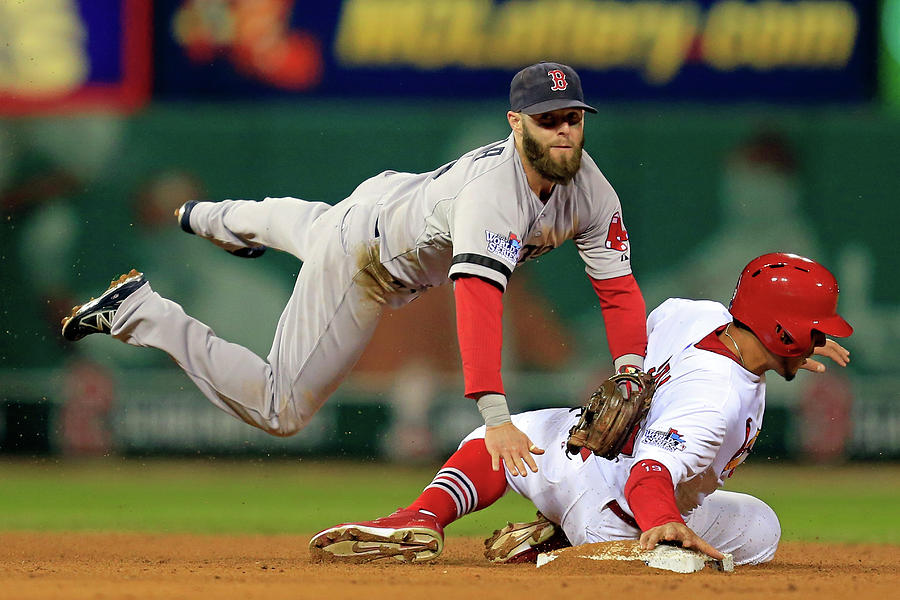 ST LOUIS, MO - OCTOBER 27: Jon Jay #19 of the St. Louis Cardinals gets tagged out at second base by Dustin Pedroia #15 of the Boston Red Sox after David Freese #23 hit grounder into fielder's choice to shortstop in the fourth inning during Game Four of the 2013 World Series at Busch Stadium on October 27, 2013 in St Louis, Missouri. (Photo by Dilip Vishwanat/Getty Images)