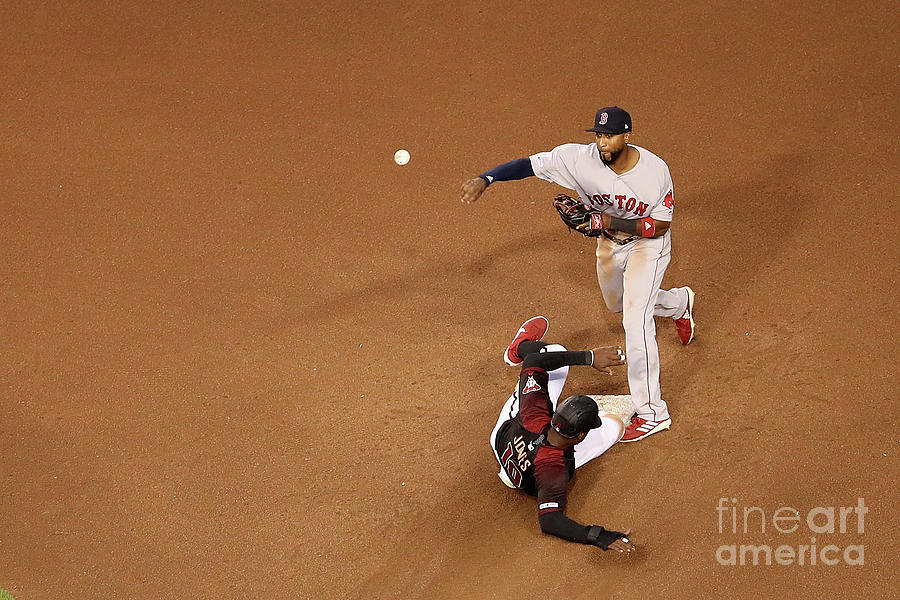 PHOENIX, ARIZONA - APRIL 06: Infielder Eduardo Nunez #36 of the Boston Red Sox throws over the sliding Adam Jones #10 of the Arizona Diamondbacks as he attempts an unsuccessful double play during the fifth inning of the MLB game at Chase Field on April 06, 2019 in Phoenix, Arizona. (Photo by Christian Petersen/Getty Images)