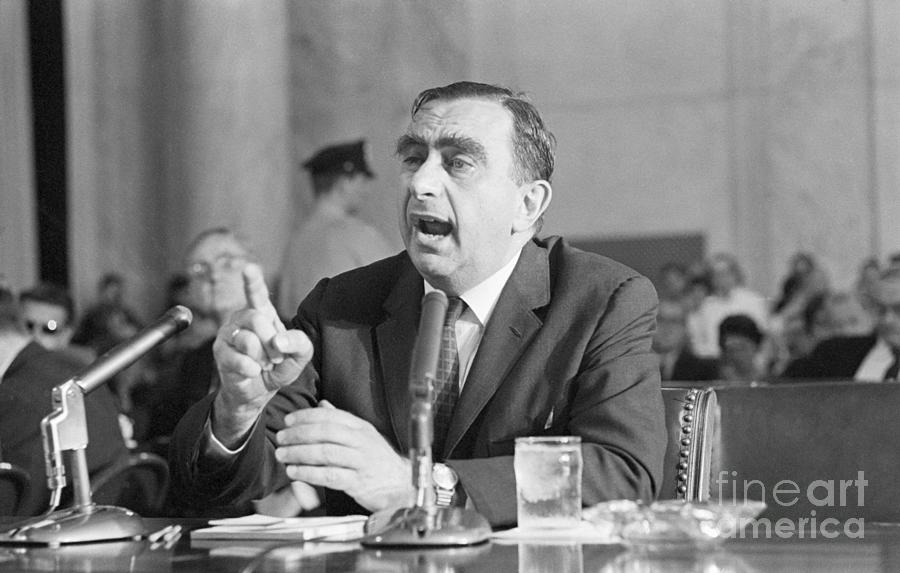 (Original Caption) 8/20/1963: Washington, DC: Dr. Edward Teller, so-called Father of the H-Bomb, is shown as he appeared before the Senate Foreign Relations Committee today. Opposing the Nuclear Test Ban Treaty, Teller said it is not a "step toward peace" but a step "away form safety and possibly a step toward war." Members of the Senate Armed Services and Atomic Energy Committees also were in attendance for the hearings.