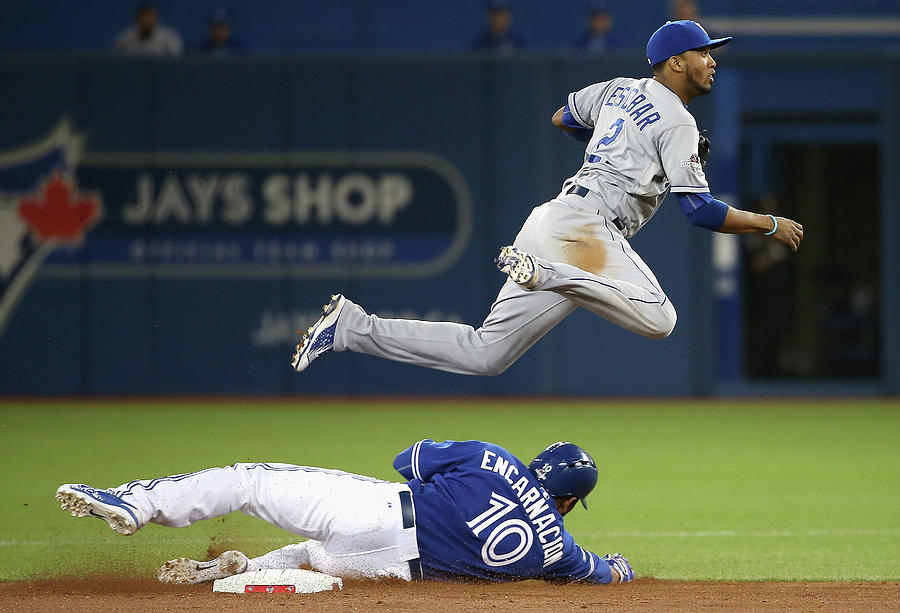 TORONTO, ON - OCTOBER 21: Alcides Escobar #2 of the Kansas City Royals jumps over Edwin Encarnacion #10 of the Toronto Blue Jays to turn a double play to end the fourth inning during game five of the American League Championship Series between the Toronto Blue Jays and the Kansas City Royals at Rogers Centre on October 21, 2015 in Toronto, Canada. (Photo by Tom Szczerbowski/Getty Images)