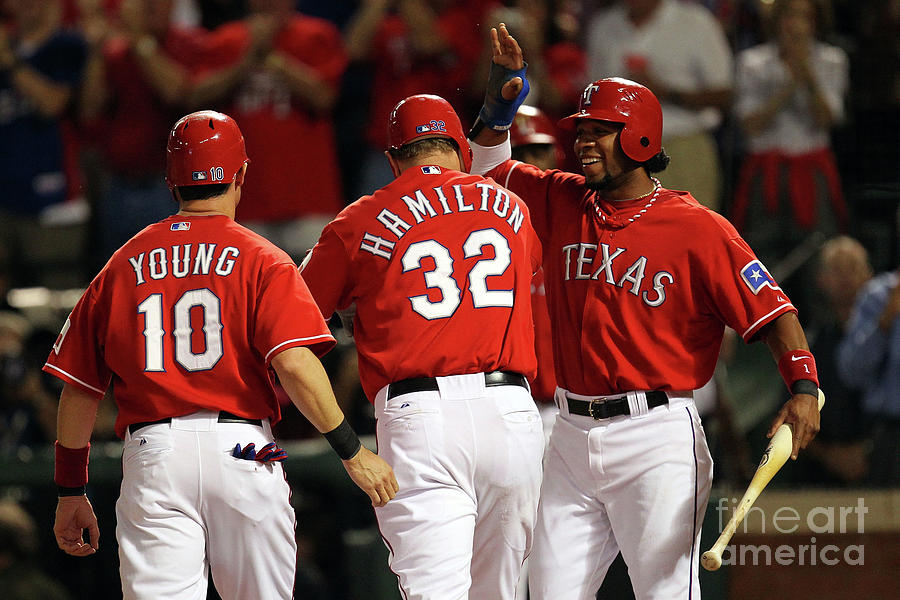 ARLINGTON, TX - OCTOBER 15: Josh Hamilton #32 of the Texas Rangers celebrates with Elvis Andrus #1 and Michael Young #10 after Hamilton's three run home run in the first inning against the New York Yankees in Game One of the ALCS during the 2010 MLB Playoffs at Rangers Ballpark in Arlington on October 15, 2010 in Arlington, Texas. (Photo by Ronald Martinez/Getty Images)