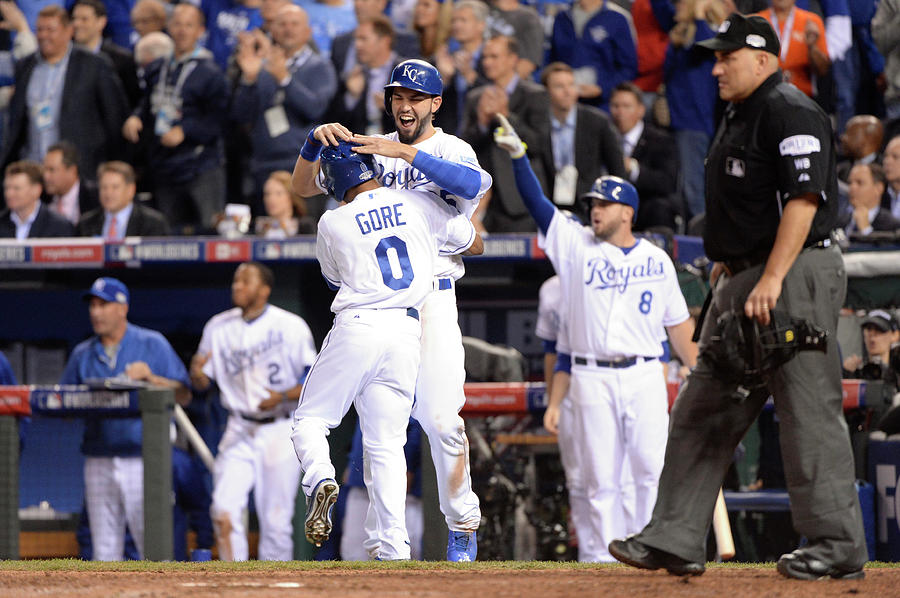 KANSAS CITY, MO - OCTOBER 22: Terrance Gore 0# of the Kansas City Royals is greeted by teammate Eric Hosmer #35 after scoring on a Salvador Perez #13 two run RBI double in the bottom of the sixth inning during Game 2 of the 2014 World Series against the San Francisco Giants on Wednesday, October 22, 2014 at Kauffman Stadium in Kansas City, Missouri. (Photo by Ron Vesely/MLB Photos via Getty Images)