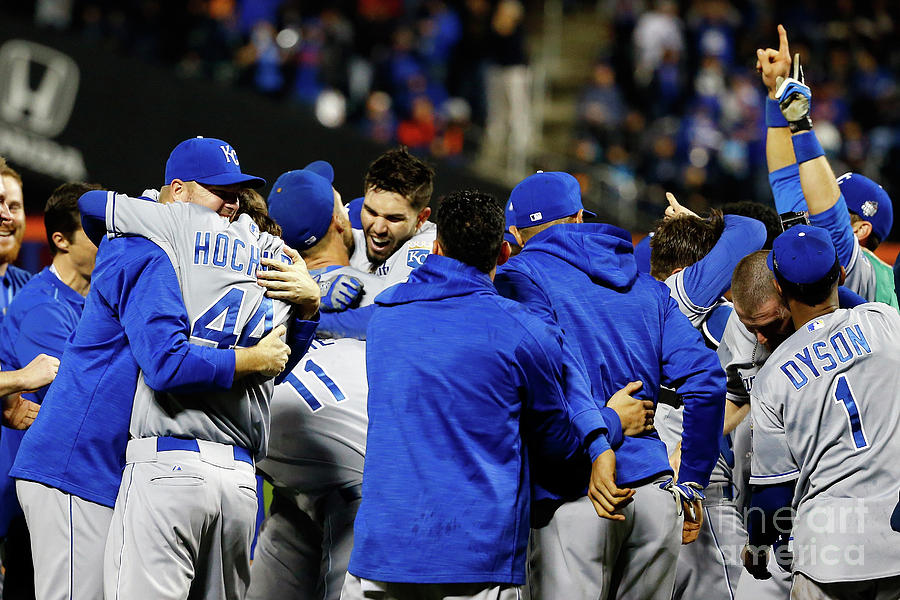 NEW YORK, NY - NOVEMBER 01: Eric Hosmer #35 of the Kansas City Royals celebrates with his teammates after defeating the New York Mets in Game Five of the 2015 World Series at Citi Field on November 1, 2015 in the Flushing neighborhood of the Queens borough of New York City. The Kansas City Royals defeated the New York Mets with a score of 7 to 2 to win the World Series. (Photo by Al Bello/Getty Images)