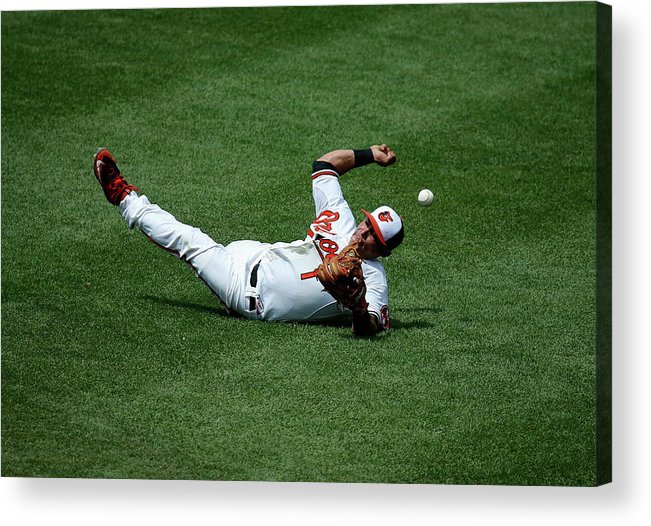 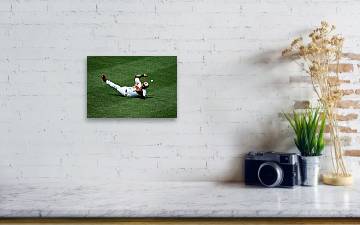 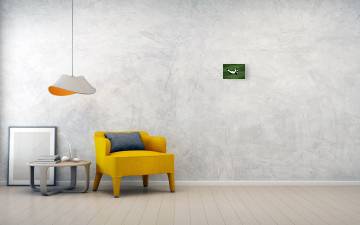 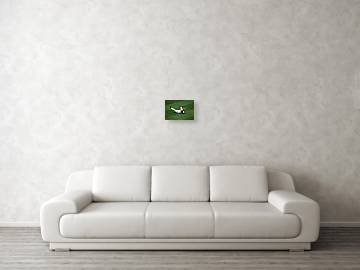 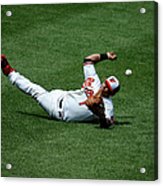 Everth Cabrera And Gordon Beckham acrylic print by Rob Carr.   Bring your artwork to life with the stylish lines and added depth of an acrylic print. Your image gets printed directly onto the back of a 1/4" thick sheet of clear acrylic. The high gloss of the acrylic sheet complements the rich colors of any image to produce stunning results. Two different mounting options are available, see below.

BALTIMORE, MD - MAY 28: Second baseman Everth Cabrera #1 of the Baltimore Orioles knocks tries to throw to first after knocking down an infield hit by Gordon Beckham #15 of the Chicago White Sox (not pictured) in the seventh inning of the White Sox 3-2 win during the first game of a double header at Oriole Park at Camden Yards on May 28, 2015 in Baltimore, Maryland. (Photo by Rob Carr/Getty Images)Image provided by Getty Images.