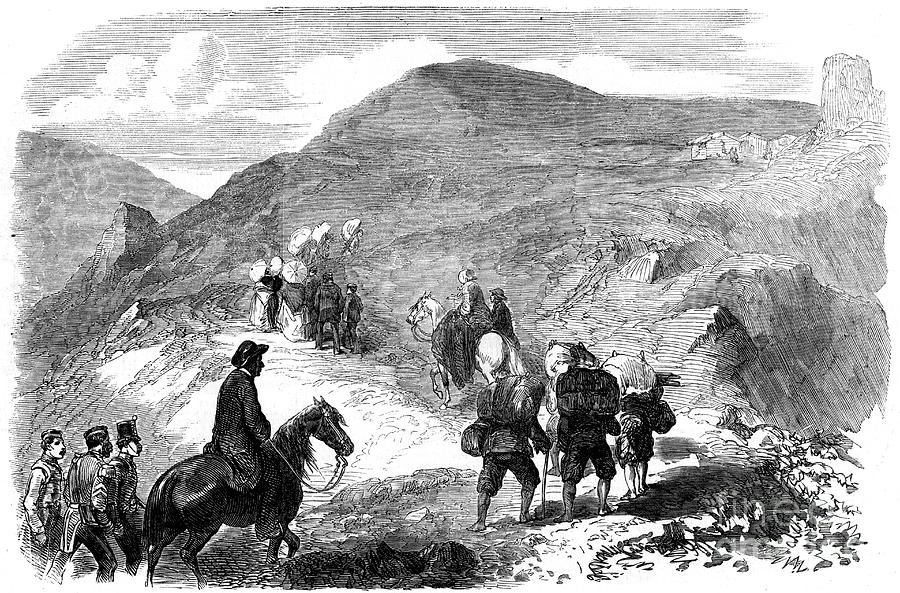 Florence Nightingale visiting the hut hospitals at Balaclava, 1855. In 1854, during the Crimean War (1853-1856), Sidney Herbert, Secretary of State for War, appointed the English nurse Florence Nightingale (1820-1910), a family friend, to introduce female nurses into the British military hospitals in the Crimea. Until the end of the war she worked tirelessly to improve conditions. A print from The Illustrated London News, (23 June 1855). (Photo by The Print Collector/Print Collector/Getty Images)