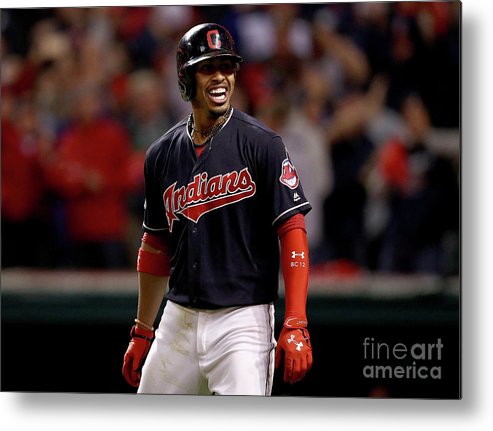 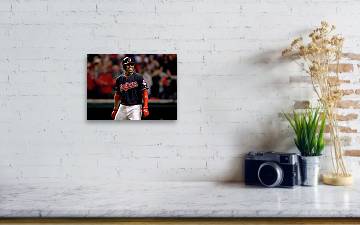 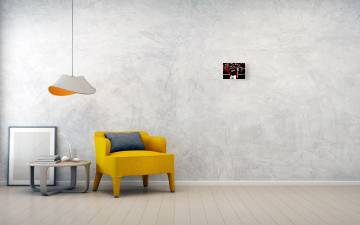 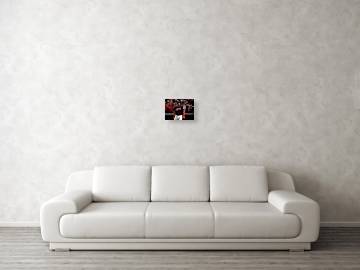 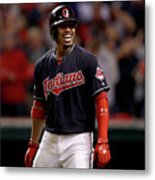 Francisco Lindor And Marco Estrada metal print by Maddie Meyer.   Bring your artwork to life with the stylish lines and added depth of a metal print. Your image gets printed directly onto a sheet of 1/16" thick aluminum. The aluminum sheet is offset from the wall by a 3/4" thick wooden frame which is attached to the back. The high gloss of the aluminum sheet complements the rich colors of any image to produce stunning results.

CLEVELAND, OH - OCTOBER 14: Francisco Lindor #12 of the Cleveland Indians celebrates after hitting a two run home run to right field against Marco Estrada #25 of the Toronto Blue Jays in the sixth inning during game one of the American League Championship Series at Progressive Field on October 14, 2016 in Cleveland, Ohio. (Photo by Maddie Meyer/Getty Images)Image provided by Getty Images.