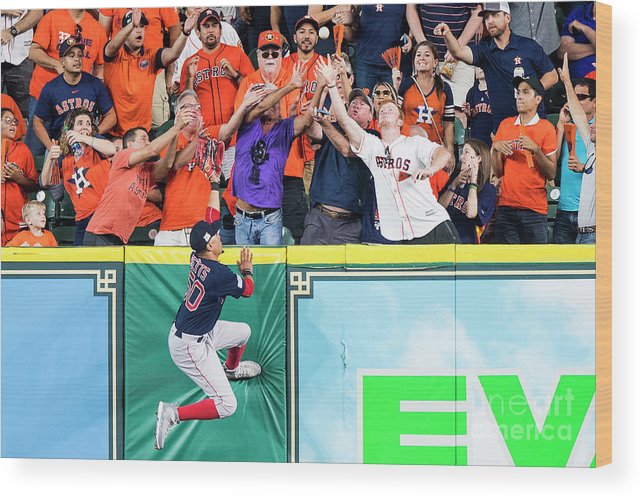 George Springer and Mookie Betts wood print by Billie Weiss/boston Red Sox.   Bring your artwork to life with the texture and added depth of a wood print. Your image gets printed directly onto a sheet of 3/4" thick maple wood. There are D-clips on the back of the print for mounting it to your wall using mounting hooks and nails (included).

HOUSTON, TX - OCTOBER 6: Mookie Betts #50 of the Boston Red Sox leaps as he attempts to catch a solo home run hit by George Springer #4 of the Houston Astros during the third inning of game two of the American League Division Series on October 6, 2017 at Minute Maid Park in Houston, Texas. (Photo by Billie Weiss/Boston Red Sox/Getty Images)Image provided by Getty Images.